Finding Balance in an Accelerating iWorld?

The ebb and flow of technology and balance with Joseph Drumheller. 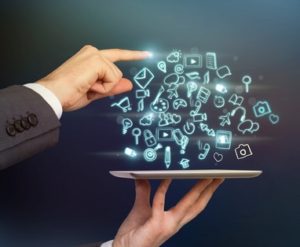 iThis, eThat, social hysteria, video, text, blog, apps, chat, drones, robots.  Who thought ten years ago that if you walked down a busy urban sidewalk, nearly everyone would be looking down at some rectangular illuminated universe?  Does anyone even look up from their ‘smart’ phones anymore?  Apparently, the Millennial who rear-ended my neighbor in an intersection a few days ago didn’t.

What will the next 10 years bring?

I think we were all wishing technology would improve the quality of our lives.  And in many cases it has.  But more often than not, it has created an instant response mania that resembles a stampede of frenzied lemmings, speeding toward the nearest cliff of no return.

People are working harder and under more stress that ever before, in jobs that follow them around 24/7.  Workers are getting pigeonholed into high tech specializations which will render their skill set obsolete in less than a decade.

Furthermore, because we’re still human beings in a three dimensional world, our relationships and health require time and commitment.  How can we prioritize our limited time budget in a world constantly demanding our electronically controlled attention?  Can we find balance in a world where no one can escape the unbridled chaos of technology?

According to an IT friend of mine, the chasm between the ‘knows’ and the ‘knows not’ is also accelerating at breakneck pace.  Apparently, Silicon Valley is deeply engrossed in the process of inventing technology to run our technology.  Things are moving so fast. It seems Generation Y is already teetering on the brink of becoming obsolete.  My generation was rendered irrelevant long ago.  Maybe the entire human race will become outdated.

What are we to do?

Sure, you can take time to meditate, join a yoga class, workout, spend some quality time with your family, and take your wife out on date night.  That stress management approach to life worked fairly well in the late 20th century and early 21st century.  But now, as soon as you step out of your yoga class, the latest iPhone has just been released.  The whizzing wheel of technology, targeted at three to 18-year-olds, took it up a notch while you were in savasana.  And it’s not slowing down. 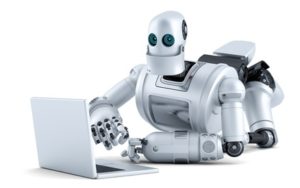 On the other hand, it’s also clear, we’re in an historical period of unparalleled, collective spiritual growth.  Sufi mystic and author, Llewellyn Vaughan-Lee, suggests the rapid rate of global acceleration is occurring in order to create a world more directly reflecting spirituality.  Time and space barriers are certainly being hurdled over, as it all seems to be out of the hands of any mere mortal’s control.  Wisdom may well be suggesting to turn it all over to a higher power and hang on for the ride.

I think we’re being pushed very hard by a higher intelligence to reach a point where we finally turn to each other to experience love.  In the end, that’s probably all that will really matter.

However, there’s a part of me that would like to drop-kick the portion of technology that fragments and isolates us.  Instead, my wish for the future would be to help us connect more directly, heart to heart and face to face.  Will it be possible to create a balance of unity and togetherness, in the midst of a techno-driven, obsessed, and distracted iWorld?  I guess we’ll find out soon enough.  I just hope our united hearts lead the way.

So, next time we meet…

In an attempt to achieve a little balance, I’ll put my phone down for a few minutes, if you put down yours.

Side note:  On the very evening I finished writing this article, a wind storm with near-hurricane force blew through my town and knocked the power out in freezing temperatures.  Thousands of us were left technology-free for the better part of a week.  On one hand, it was wonderful—our community rallied like never before.  On the other hand, maybe I should be more careful about what I ask for.

So what did I do to appease the Weather Gods?  I went out and bought a new phone.