Nature vs. Technology and the Winner Is…

Connection Beyond The 3D Environment 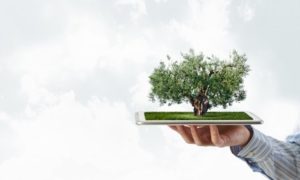 I have a secret.  As technology speeds us along into the electronic era, it’s a secret not many people know any more.  The secret is this:  Everything is alive—not only the wildlife and plant-life but the sky, wind, rivers, rocks, colors, sun, light and the dark.  Everything is alive.  It’s a well-known fact recognized by native and aboriginal peoples since the beginning of humanity.  And they didn’t believe it.  They experienced it.

If you spend a few days in the wilderness away from phones, computers, motors, radios, clocks and technology, something very spectacular will start to happen.  After about the third day, things will begin to change.  You’ll sink into a natural rhythm based on daylight.  Mind chatter slows, the senses become more alert, intuition increases, the body relaxes, and the subconscious opens up.  In short, you enter a mild and continual trance state.  Then, you will be exposed to the authentic flow of the natural world.  In short, you connect.

Behind the veil of the 3D world is a living energy that flows through nature.  Native Americans refer to it as the Great Spirit.  It’s a very dynamic and highly interactive energy.  It loves to let you know it is there.  All you have to do is slow down your mind and listen.  When that happens, the entire physical world takes on a very malleable quality.  Insights, awarenesses and creative flashes will come through to guide you in your existence.  Synchronizations become commonplace.  Meaningful messages may be given through interaction with the weather and land forms, and interaction with animals takes the connection up another notch.  Native cultures were able to recognize the wisdom and spirit existing in all living creatures.  That’s why animal totems are such a big deal.  They carry defining energy.

In 1997, I had the incredible opportunity to work as an exploration geologist on the north slope of the Brooks Range in Alaska.  Our tiny 9-person village was situated at the end of an abandoned runway about 140 miles north of Kotzebue.  We were plopped in the middle of an Arctic wilderness, whose vastness defies description. We were out-populated by grizzly bears about one hundred to one.  Our three-week mission was to hike the hills and find precious metals.  Through some stroke of luck, I was about to have the experience of a lifetime.  I was in heaven.

As day turned to weeks in the Alaska bush, our perception of the physical world started to shift.  The sense of time adjusted to a shapeless flow of unhurried activity.  Our language modified to incorporate our surroundings, especially the weather.  Body language and personal interaction became more relaxed.  The ocean of land we were camped on morphed into a living creature.  Experience of the land became so surreal, it felt as if the mountains would open up and speak at any moment.  The spirit of the land was so tangible, you could actually feel it.  And each of us drifted into a continuous state of relaxed consciousness.

Toward the end of our excursion, one of the more analytical members of our team leaned over to me and said, “Hey, this is a pretty spiritual place, don’t you think?”  The presence of Divine energy was so strong in that untouched immensity; it cracked even the toughest nut.

As the electronic era races along into an evolution that increasingly separates us from our natural world, I’m sometimes stupefied by what I see.  Don’t people know what we are missing?  At times, I find it hard to accept.  Some people even suggest that emerging technology is the next step in Darwinian evolution that will surpass humans.  Quite honestly, it wouldn’t surprise me.

If you were to ask me what the future will bring, I’d say you’re asking the wrong guy.  I sure hope it includes a healthy respect and interaction with our planet.  But because it seems so far out of my tiny little hands, my approach is to stay open, get involved in my own process, and listen for that sacred call from the Divine that says: