Politics of a Higher Consciousness 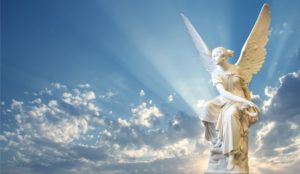 Politics, it’s driving us all crazy. Seems everywhere you go and everything you hear centers upon the insanity of this current political election in the U.S. So just for a moment why don’t we take a break from the news and all that “water cooler talk,” and shine a metaphysical light upon the current U.S. political race. Let’s take a peek at it from a level of higher consciousness.

Lightworker extraordinaire, Patricia Cota Robles tells us, “The name America is an anagram for the I AM RACE. The divine intent of this name represents a race of God Conscious people comprised of ALL races, nationalities, cultures, religions, creeds and lifestyles. A race of people who … embrace Oneness, Divine Love, Reverence for all life, and decisions and actions that perpetually reflect the highest good for all concerned.”

While we have fallen far from this divine plan for the United States of America, that our founding fathers put into place so many years ago, those intentions they set are still floating about in the causal plane simply waiting to become manifest on earth. What will it take to anchor this into our current reality? It will require enough of us to hold the vision that this remains possible, that this truly is what is happening. We must remember that it is from chaos that things are birthed anew. Put simply, we must hold the intention with love that this state of oneness will be the ultimate end result of the current political upheaval.

that honors the servant and has forgotten the gift.”  ~ Albert Einstein

Just for a moment let’s suppose that Donald Trump represents the age old perversion of the divine masculine rational mind and competitive edge that no longer serves us well, but rather has led us into a state of greed and corruption. Let’s look at him as an archetype of centuries of patriarchal abuse. His time in the spotlight is simply bringing to light all those things that are no longer serving us, those old ways of being that quite simply no longer work. 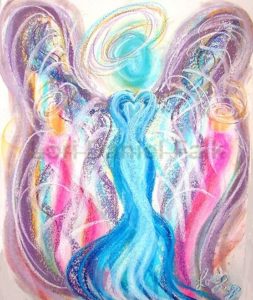 Our present society has been under masculine rule for centuries. The pendulum is once again swinging in the other direction. We are entering a time on the planet where the Divine Feminine energy is re-emerging. As individual aspects of this microcosm called Earth, we too are sensing a softening within ourselves … a heart opening if you will … an expansion of love.

With that in mind, let’s suppose that Hilary Clinton represents a bridge “over troubled waters” that will ultimately lead us to the divine feminine archetype and collaborative energy that is required to unify us back into that place of grace from whence we came. While she embodies much of that old school masculine energy, she does so as a woman, and like it or not, she carries the intuitive edge that most men simply do not. Her presence in this political race is showing the people of the U.S. that yes in fact a female can lead this country into the prototype of the New Earth it was intended to be.

She also has us remembering those cultures that have not only survived, but thrived, under female rule. Think Cleopatra, Margaret Thatcher, Indira Gandhi, and Golda Meir, just to name a few. What was their secret? They combined their determination, intellect and strength with their compassionate, intuitive and collaborative natures when making decisions and setting strategies. In other words they used both their heart and their minds, creating reason that was willingly listened to.

As Albert Einstein said so many years ago, “The intuitive mind is a sacred gift and the rational mind is a faithful servant… We have created a society that honors the servant and has forgotten the gift.” Isn’t it time we remember the gift of intuitive wisdom and use it?

New Thought Leader, Lori Daniel Falk is an Epigenetic Healing Artist, Author, and Spiritual Life Coach who has been gifted with an artistic healing modality that enables her to communicate with, and share, the wisdom of the angels in both pictures and words. Her Angelic Message Portraits™ are not just images of beauty, they are epigenetic tools designed to heal at a deep emotional level. To date they have found homes in 25 countries around the world and have graced the covers of numerous magazines.  To learn more about Lori visit www.wisdomoftheangels.com

A Divinely Inspired Conversation about Living Consciously   About the Book: Divinel ...