Can War Be Genetically Inherited?

Are we born with it or do we get it from our environment? 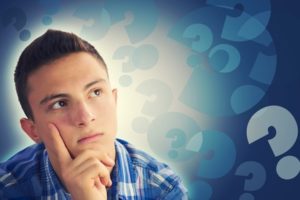 As within, so without.  Or so the saying goes.

The idea behind this well-known spiritual saying suggests that whatever lives in our subconscious mind will be projected outward.  In other words, our internal thoughts and emotions create the circumstances in our 3D, day-to-day, physical world.

Nothing is more true than suppressed anger, hatred and rage.  When we experience trauma, especially when we’re young, we unknowingly stuff it into the subconscious mind.  There it lies dormant, like a sleeping dragon, waiting to be thrust outward at the right moment.  Combine that potential with other like-minded souls, and before you know it, the match has been set to the gasoline of the next violent and turbulent outburst.

So, the theory to prevent war would be: First, heal the conflict and hatred that lies within.

But what if hatred runs even deeper than mere suppressed trauma from childhood?  Can hatred, and its propensity toward war, actually be genetically inherited from our ancestors?

This brings me to an old acquaintance of mine, named Aaron.  We were biology lab partners in college.  We hit it off from the time we first shook hands.  He was handsome, intelligent, sophisticated, gracious and fun.  He was also Jewish.

One afternoon, we had a break from our biology lab and went out to grab a bite to eat. Somehow or another, we got on the topic of the latest militant outbreak occurring in the Middle East.  As we spoke, Aaron’s neck swelled up, his veins protruded, his face went beet-red, and his reddening eyes dilated.  In no time flat,  he became almost uncontrollably agitated.

I was mildly horrified to see my lab buddy morph into a completely different person, right before my eyes.  The rage he was experiencing didn’t fit the context of our conversation.  It was way off the chart.  What was even more bizarre was I was fairly certain Aaron was raised as a normal American kid.  He didn’t even know anyone of Arab origin.

Being somewhat perceptive for my young age, I figured hatred of that magnitude could only come from one of two places.  A)  He learned it while growing up; or B) he was born with it, as if it were hardwired into his psyche.

I knew Aaron’s family.  They were kind, civically-minded people.  I couldn’t fathom Aaron being raised in a den of hatred.  It would have shown somewhere on the outside.  My only reasonable conclusion was to consider option B.  He inherited it from his ancestry.

My interactions with Aaron gave me a whole new appreciation of a hatred that seemed absolutely biblical.  My naive and isolated American upbringing couldn’t come to grips with that unstoppable force, which seemed to have originated thousands of years before our time.  I simply couldn’t comprehend it.

Later, Aaron’s hatred made me wonder if preventing war, by healing our inner emotional states, was even a remote possibility.  Quite honestly, to me, it seemed more like wishful thinking than a realistic possibility.  I couldn’t imagine how anyone could stop a group of focused and like-minded Aarons.

Over the years, I’ve thought a lot about Aaron and the history of our world, that’s always been in a state of war.  In these times of great change, will we ever be able to overcome war and violent conflict?  Quite honestly, I don’t think there’s enough human awareness, intention, or will to pull it off.  Cessation of war will have to come from a much higher and intelligent source of power.  It’s going to take a heaping portion of Divine intervention.

So what’s my recommendation to create peace in a world ever troubled with war?

Keep meditating and connecting to your version of Divine presence.  It’s going to take a miracle.  But thank God, that’s what God is in the business of.

Latest posts by Joseph Drumheller (see all)
← March brings Big Changes! Heart Centered Action →
← War and Peace: Can You Learn to Speak Giraffe? The Angel of the Battlefield →