Is it QE or ESP? What’s the Connection? 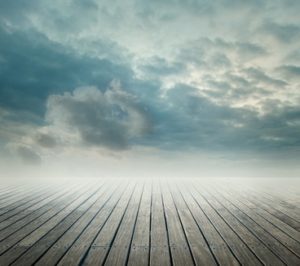 In quantum physics the term “quantum entanglement” refers to a physical phenomenon that occurs when groups or pairs of particles interact so that the quantum state of each particle cannot be described independently, and instead a quantum state is created for the system as a whole. In other words, one is affected by the actions of the other.  They remain connected. The actions performed by such particles, even when separated by great distances, was called “Spooky Action at a Distance” by Einstein.

This concept of spooky action, one thing affecting another even when separated by great distances, is at play in the broader spectrum as well, not just at the quantum level. Perhaps this is why when I have thought of someone and wanted to talk to them, moments later my phone rang and I found the caller to be the person with whom I was longing to speak.  Because on some level, that person and I are connected.

Some might call this connection extra-sensory perception, and perhaps it is ESP, yet where is the extra-sensory connection made? Deepak Chopra would say that my friend “got my message in the field”.   The field being that state of infinite possibilities. That intangible conscious energy field where all things are connected at the smallest level.

But what about the tangible? The connections that exist on a grander scale? In the broadest sense all people are connected simply because we are people.  The human race.  We are connected by that commonality, but what about other things? Are we also connected to animals? To plants? Insects? The sky and the wind? The rivers and oceans?

I believe we absolutely are. In a spiritual sense, I believe we are all connected through the idea that there really is only one of “us”. There is no separation. A flower and a farmer are one in the same in that everything is an expression of the same Source, the same Light, or Love, or Oneness.  But even for those who are not spiritually minded, the connection, the commonality, of all things still exists.

Science has shown us we are breathing the same air Christ and Buddha breathed. We swim in and sail upon the same oceans as our ancestors.  We stare at the same sky at night and wonder at the same stars that guided their journeys. And we are all made up of the same material as those stars.  There exists a finite number of elements that are mixed and matched in infinite ways to create the Universe.

So with quantum entanglement and its spooky affect, are we not all inextricably connected to all of creation? Each of us a particle whose actions affect the other particles with which we are entangled, regardless of the distance between those particles and the elements they comprise. 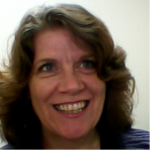