The Collective Consciousness of Change Is Here 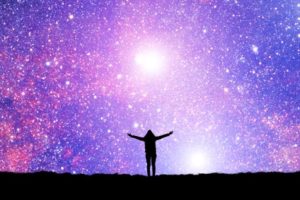 How interesting that this month’s edition of Conscious Shift is about embracing change! We enter February with the Sun in Aquarius, the sign most wanting to change the world. Aquarius loves to invent, bring about innovation, work in groups, and make a difference in the collective. It rules all things outside the box of current thinking. This month under the Aquarian Sun, we may feel like changing up things in our lives and living more in alignment with our true selves.

Aquarius is ruled by Uranus, which is the planet of big or sudden changes. Uranus in Aries is opposite Jupiter in Libra all this month, so we may be reviewing and releasing those relationships, friendships, or family members that are not in an equal give and take energy with us.

We also have two eclipses this February, whose effects will be felt for up to six months afterwards. A lunar eclipse on Feb 10th will be with the Full Moon in Leo which will herald in new love for some. A Yod is also appearing at the same time which involves this eclipse with the full moon in Leo (sign of lovers), Jupiter in Libra (gifts of relationship), and Chiron in Pisces (romantic soul mate) conjunct the South Node (past lives).  This rare alignment indicates that some people who find love at this time may be actually be dealing with a karmic soul mate. Such relationships, while difficult, can also be the most rewarding if the lessons are learned or healing attended to within this eclipse period.

Issues around ego (Moon in Leo) versus the collective (Sun in Aquarius) can happen at the societal level. We will all be pushed to adjust our relationships and reign in our egos in order to heal the collective. The issues that come up for you will vary depending on the houses of your birth chart that this eclipse falls within, so check with your astrologer if you don’t know. This way you can be prepared to take advantage of these important energies for the next six months! On Feb 14th, Valentine’s Day, we will have a lot of sexual tension in the air with Uranus, Mars and Venus all conjunct in Aries opposite Jupiter in Libra. So stay home and enjoy a little together time under the sheets or the same tensions could conjure up an argument in our close relationships. It’s all about directing our Mars energy in the right direction! Valentine’s Day this year could be one to remember if you get creative and do something new and different! Use the Uranian energy to step outside the norm, and embrace your sexy, wild side! Within certain appropriate boundaries of course, as this aspect also squares Pluto in Capricorn. In other words, something like having sex in public could land you in the backseat of a police car if you’re not careful!

The other eclipse will be a Solar eclipse on the new moon in Pisces on Feb 26th at the same time as a Mars/Uranus conjunction. The creative Pisces moon can bring in fear, confusion, or illusion, but also compassion, love, and romance. So if you’re single, focus on what type of person you’d like to have in your life and it’s likely to creatively manifest with such incredible Piscean energies going on in the heavens. If you’re already in a relationship, use the Mars/Uranus conjunction in Aries opposite Jupiter in Libra to bring more excitement into your partnership sexually. Uranus wants us to try something new and different, step outside of our normal routines. Mars rules our actions and our sexuality so be bold and shake things up! Venus will be in Aries at that time, giving sexual attraction a boost for everyone! Especially the last week of February, make love, not war!

However, on a more serious note, when Mars aligns with Uranus at 22 degrees of Aries on Feb 26th, we need to pay attention. Some could take sudden action to end such relationships that no longer are good for us.  Others may get into arguments with people very suddenly and with extremes of anger. This tense conjunction of Mars with Uranus is opposite Jupiter in Libra and square Pluto in Capricorn, so on a societal level, it’s a time when change or revolutionary actions can become more violent or assertive. Even to the point of involving military or police presence. Tempers will be flared and a sudden turn of events can happen. If you are involved in any gathering of people on February 26th or a few days before and after, please be very aware of your surroundings! Stay calm and leave at the first sign of any violence as things could easily escalate! This is a very volatile day, so lie low if you can and avoid large gatherings of people.

Use Feb 26th to start something creative that you’ve always wanted to do. This is a better outlet for your energy. Begin painting, writing, dancing, whatever creative activity you love. The stars are supporting you at the end of February for such endeavors.

If you haven’t made a vision board for 2017, try making one at this time! Get clear on your goals, because this month we are going to start manifesting whatever we focus on! Stay focused on your vision instead of what you DON’T want, as what you think about is what you will create. Think of solutions to problems and take action rather than just complaining about them. It’s a powerful time to create change and embrace it!