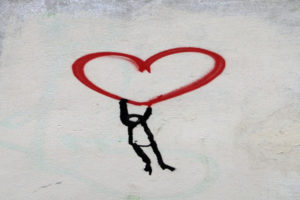 Photo by Nick Fewings on Unsplash

A man I used to know once told me that golf is an easy game but hard to play.  He might have been talking about the spiritual path.  Just as that damned ball does not go straight down the fairway, our ego tends to steer our spiritual practice into the rough.  We need a pro who helps us with our swing. That’s where teachers and gurus come in.

There are many teachers around but in today’s commodified spiritual marketplace gurus have become an endangered species.  It can also be hard to tell where a teacher stops and a guru begins.  Ram Dass has said, “The teacher points the way, while the guru is the way.”  A real guru provides a clear mirror so we see where our own egos are still running the show, while a teacher’s ego may be mixed in with ours.

Some gurus are also great teachers, but a true guru doesn’t have to actually do anything.  Neem Karoli Baba, also known as Maharaj-ji, became a guru by the sheer force of his love, which was unconditional, steady, and directed at everyone and all things.

The path of following a guru is called Bhakti, a Sanskirt term that means the path of devotion.  The underpinnings of Bhatkti are longing for love and yearning for oneness.  When we find someone who transmits high-test love, it can stop us in our tracks.

A good hit of guru love is transformative.  And in the beginning, we associate the person with the love and maybe even get stuck there for awhile.  Maharaj-ji’s followers in the 1960s and 70s, some of whom are now well-known spiritual figures themselves, have spoken about the jealousy and competition between them as they fought to be physically close to Marharaj-ji.  As Krishna Das succinctly put it, “We were awful.”

As he and the others came to understand, Bhakti as a path to realization does not end with devotion.  Eventually we have to internalize what our guru is demonstrating.  We have to want to be our guru.  We can take the physical person of the guru and bring it inside, and let their guru love shine on us as we discover that it is everywhere, including within us.  We can use all of our human attributes, our imagination, our loyalty, our yearning, to seek out that love, nurture it and keep it close.

Here’s a simple practice from Ram Dass, called Loving Awareness.  Just breathe into your heart and then breathe out love, whatever that is for you in that moment and repeat to yourself ‘I am Loving Awareness.’   Do it anywhere, anytime.  Trust it and know there’s no wrong way to do it.  Do it for yourself, for your grandchild’s aging hamster, for the autumn leaves as they fall, for the world.  It’s all one anyway.  One love.

Latest posts by Debbie Ritter (see all)
← Releasing Fear and Worry Releasing of Fear is a Small Price to Pay →
← A Different Take On Thanksgiving November 2019 - What is Possible? →