A Ray of Hope in Chaotic Times 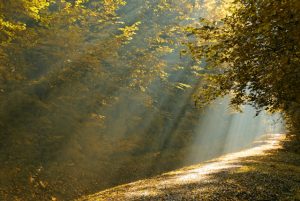 Even in these chaotic and perilous times, there is reason for hope.

Humanity finds itself at a major crossroads: Do we choose the path of selfish separatism and inequality based on greed and competition, leading to the destruction of ourselves and planet Earth; or the path of cooperation and sharing leading to global peace and prosperity?

Here to help us make the correct choice stands a group of Teachers unparalleled in their enlightenment and wisdom, unequaled in their ability to love and to serve. They are the Masters of Wisdom. At their head stands a being of the most extraordinary compassion and insight: Maitreya, the World Teacher. As the one awaited under various names by all major religious traditions, and as a Teacher for all humanity, Maitreya is here — along with the Masters of Wisdom — to guide us safely into the future.

The existence of these great Teachers was first made known in the West in the late 1800s by Helena Blavatsky, who lived among the Masters of Wisdom in the Himalayas for three years. In the early 20th century, Blavatsky’s work was continued by Alice A. Bailey, and, more recently, by British esotericist and artist Benjamin Creme. All three of these authors and educators were trained by, and worked directly with, the Masters of Wisdom.

According to the Ageless Wisdom tradition, as it is known, these highly advanced Teachers have lived in the remote areas of the world through the ages, helping and guiding humanity from behind the scenes. Through his work over many years, Benjamin Creme made it known that at this critical time for humanity and the planet, the Masters of Wisdom, headed by Maitreya, are coming forward now to live among us and teach us directly.

The path to peace and justice

Maitreya and the Masters of Wisdom are teachers in the broadest sense of the word. They have attained mastery over themselves, and as enlightened individuals devote all their time and energy in loving service to humanity.

They are not here to establish a new religion, but to show us how to live together in peace. This is simpler than we imagine, Maitreya has said. The key is an equitable sharing of the Earth’s resources among all the world’s people. Through sharing we lessen global tensions, generate greater trust and cooperation among the nations — and begin to build a world where all have the basic necessities of life and live in balance with the environment.

At the same time we begin to dispense with the false distinctions that divide us. The most egregious of these is that we are separate. In reality, we are all part of one human family, and all are equally entitled to a life of sufficiency and the means for creating and sustaining a livable future.

This is in accordance with the UN Declaration of Human Rights of 1948, especially Article 25. “Everyone,” that article states, “has the right to a standard of living adequate for the health and well-being of himself and of his family, including food, clothing, housing and medical care and necessary social services, and the right to security in the event of unemployment, sickness, disability, widowhood, old age or other lack of livelihood in circumstances beyond his control.”

It has been possible for decades to make this exalted aspiration a reality, but we have thus far failed to do it.

Unless we share the world’s resources, there will never be economic and social justice in the world. Without justice, no peace. Without peace, little hope for the future, as we have weapons that can destroy all life on Earth — weapons that almost surely would be used in any future wide scale conflict.

With the future of the planet at stake, what will it take for us to abandon competition, conflict and division, and begin to manifest the grand ideals of sharing, justice and peace?

What’s needed is a change of attitude, a change of consciousness — above all a change of heart in humanity. It is that which Maitreya and the Masters of Wisdom can inspire.

It is a monumental task to be sure. Fortunately, we have the help of monumental figures living among us now — a circumstance, according to the Ageless Wisdom tradition, that has never before taken place in recorded history. This group of enlightened teachers, as they touch the hearts of people everywhere, will galvanize us into action, helping us to lead our leaders toward the creation of a just and peaceful world. In the millions across the globe who are increasingly voicing their concerns for the health of our planet and demanding change in our political, economic and social systems, we see this needed change of mind and heart already beginning to take place.

At this crossroads for humanity, the path ahead is up to us. Maitreya has said, “Sharing and Justice, Brotherhood and Freedom are not new concepts. From the dawn of time mankind has linked his aspiration to these beckoning stars. Now, my friends, shall we anchor them in the world.”