And Still We Rise

What Do You Choose for A New Year? 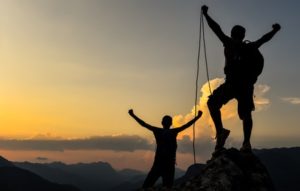 I am the first to admit, I don’t jump on bandwagons. It’s not my way. I am fully an Aquarius to the bone and that means, I will not do what everyone else does, unless it resonates with me. These days, I have learned how to lead from the heart. That means that each decision I make, comes from the heart. Now, I know there was a time when we learned that we should lead from the head cause the heart was weak. My heart has been broken, more times than I have toes and fingers. But when it felt as though it would fail, I managed to rise from the ashes of the old, and stand tall as a new version of myself. A stronger version. And with each iteration, my heart broke, it failed, and then when I thought it was done, it began to beat again, this time harder, stronger. The heart is more durable, stronger, than the mind. The mind can crack, it can send us down wrong paths, paths that lead to lots of pain and suffering.

Truly living from the heart, means living in your truth. What “feels” right. One of my favorite characters on TV today, Danneris Stromborn, from Game of Thrones, is a person who truly lives from the heart. I resonated so fully with her because ever since she was born, she faced adversity. At every turn, life threated to beat her into submission, and yet she always managed to rise to the top. This got me thinking about the movies, and TV shows I grew up with. Women were always portrayed as needing to be saved, or they were oversexualized.

Women were fit into two roles: weak, meek, and needing a man to save them from their dismal lives; or the woman who men used as an object of sexual attraction, their bodies to be worshipped for what it did for a man and nothing more. We had lost sense of how powerful we were way before TV of course. But it just seems that it has been amplified since.   have only begun in the past two years to reclaim my power that was lost way back when I was a child. How could I, for the greater part of my life, be so blind to the amount of power that I held? And yet, I had TV, media, and society telling me I was only good for two things, being a wife and mother or a whore, essentially. What I realized, when I saw Wonder Woman and Xena on TV, was that I resonated with these women.

These Amazing Female Warriors, I was one of them, I had just forgotten. I had been conditioned to do what men say, let men lead me, dictate my life. Because, according to them, I was not strong enough to do it myself. My whole life my heart has been broken, my resolve, my will, beaten down by obstacles and circumstances that had me curled up in a ball on my bed in my room. At first, I thought that was it. But then I would wake up the next day, and find that somehow, I had not died, I had not ceased to exist, somehow, I was awake, full of vitality, ready to take on the world one more day.

What I also loved, and even though this was part of Xena’s journey, was the amount of love and compassion these characters displayed. Show me how many programs where men had half the unconditional love and compassion these women held as their strength. That is what now resonates with me. Being a woman, I don’t need to be like a man. I need to demonstrate the strong characteristics of a woman. A force of unconditional love and unwavering strength. What does real power look like?

Being defeated, admitting it, then getting back up and dusting yourself off and saying now let’s keep going. But it’s deeper than that, because it’s also about not letting life harden you. It’s about being able to open yourself back up after you have endured such hurts, traumas, pains. These were the traits Danneris encountered. She stayed in her truth and followed what her heart told her, and she became a force to reckon with. In fact, she found a moment when she had listened and then realized she needed to follow her truth again. And trust in herself. This is what I take away from this series. Stay strong and stand in my truth. Don’t let others try to force me to use my voice in a way that is not authentic to me. To not be ashamed of the choices I make. To listen to my amazingly accurate intuition.

Nadia Kim
Nadia Kim is a Holistic Wellness Practitioner with specialties in transformational life coaching, spiritual coaching, hypnotherapy, and she is a Sekhem Seichim Egyptian Reiki Master/Teacher. Nadia specializes in helping women reclaim their power and become the creators of their lives.     For more about Nadia visit https://www.nadiakimcoach.com/yourfemininepower