Are you thankful for your own gifts? 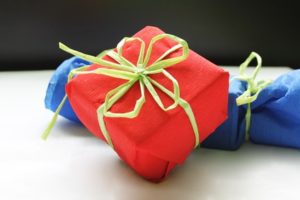 When we think of Thanksgiving, we automatically start thinking about how thankful we are for the people and the material things we have in our lives.  While this is a worthwhile and acceptable way to be thankful, do we stop to consider our own skills and talents, or our own gifts? Do we thank our Higher Power for these gifts?  Many of us ignore them and follow a prescribed path of life handed down to us, often oblivious to our own innate talents and how to develop them into a purpose; a gift to the world.

Professional Astrology, which focuses on the Birth Chart of an individual, can bring our awareness to these inherent gifts and purpose for our lives. Additionally, forecasting with the chart can bring our awareness to the gifts offered us during specific seasons of our lives.  Many people mistake astrology for fortune telling, but reading a Birth Chart does not involve psychic work at all. Yes, interpretation of the chart can be intuitive, and even divinely guided in some cases, but for the most part, astrology consists of analyzing the planetary positions at the exact time of your birth and the planet’s aspects (or angles) to each other in your chart.

What’s your given gift?

Cycles of growth and abundance can be identified from astrology charts which provides awareness of where the individual should be focusing their attention to maximize the abundance they could co-create with their Higher Power. For the future to unfold, we must participate and believe in the achievement of our goals. Action, intent, prayer, beliefs, and other people all affect our lives.  But if we are aware of our purpose and our talents and the astrological timing involved, we can bring the abundance of life more easily into fruition for ourselves and for others close to us.

Let’s take a very general look at the gifts given to each Sun Sign at birth provided that the Sun is not afflicted (at a tension angle) to another planet in the birth chart.

Aries (born between March 21st and April 19th):  These people could be thankful for their high energy, their motivation and competitiveness.  Independence, confidence, and courage are Aries’ gifts.

Taurus (born between April 20th and May 20th):  Taureans could be thankful for their common sense and their ability to accrue comfortable material possessions over time through hard work.  Determination, thoroughness, and logical mindedness are Taurus’s gifts.

Gemini (born between May 21st and June 21st):  Geminis could be thankful for their lively, witty, and intelligent natures. Versatility, curiosity, and great communication skills are Gemini’s gifts.

Cancer (born between June 22nd and July 22nd):  These individuals could be thankful for their nurturing and intuitive natures. Persistence, caring hearts, and a family-oriented life are Cancer’s gifts.

Leo (born between July 23rd and August 22nd):  Leos will probably think they have more gifts than most (for Leo rules the ego) but they are very talented in the creative arts, the romance department, and they are generous. Leadership skills, loyalty, and affection are Leo’s gifts.

Virgo (born between August 23rd and September 22nd):   Virgos could be thankful for their hard work ethic, their attractiveness in appearance, and their analytical abilities. Organizational skills, practicality, and discrimination are Virgo’s gifts.

Libra (born between September 23rd and October 23rd):  Libras could be thankful for their cooperative and diplomatic traits, and their fairness. Charm, sympathetic tendencies, and idealistic thinking are Libra’s gifts.

Scorpio (born between October 24th and November 21st):  These individuals could be thankful for their sexual magnetism, their determination, and their investigative skills. Endurance, willpower, and passion are Scorpio’s gifts.

Sagittarius (born between November 22nd and December 21st):  Sagittarians could be thankful for their friendly natures, their love of freedom, and their sense of adventure. Honesty, enthusiasm and their innate luck and good fortune are Sagittarius’s gifts.

Capricorn (born between December 22nd and January 19th):  These people could be thankful for their hard working mentality, their self discipline, and their patient ways. Ambition, patience, reliability, and their realistic natures are Capricorn’s gifts.

Aquarius (born between January 20th and February 18th):  Aquarians could be thankful for their rebellious, inventive natures and their intellect. Innovativeness, independence and humanitarian ways are Aquarius’s gifts.

Pisces (born between February 19th and March 20th):  Pisceans could be thankful for their sensitive, compassionate, and intuitive natures. Creativity, imagination, and psychic abilities are Pisces’ gifts.

Whatever your talents are according to astrology, take some time this holiday season to be aware of how you can best utilize these gifts in the world, and be thankful for them!

Latest posts by Paula Sheldon (see all)
← Transits in the Horoscope Where You Meet Fortune →
← Are You Listening to What Your Body is Telling You? Easing Our Worried Minds →