As the Universe Changes, So Do We! 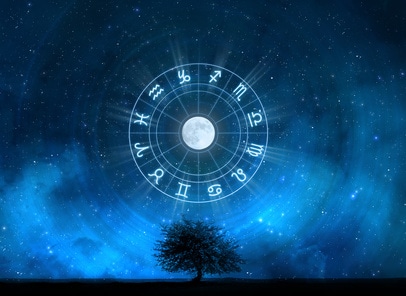 Astrologers are time keepers.  We notice the cycles of the planets around the sun like the hands of a clock face.  We notice the effects that occur with people and societies when these cycles take place.  Predictive cycles give us clues as to what sort of energies are in place and the timing of events and feelings we have as humans.  Back in December of 2012, a lot of people were worried we were at the endpoint of the Mayan calendar, so they concluded we were at the end of the world as we know it.  That may be true to some degree, but only because the calendars are actually cyclical, not with an “end” and so we have embarked on not one, but two new cycles of planetary movements.  One that happens every 5,125 years and one that happens every 25,695 years according to the Mayan calendar.  The Mayans used astrology to help predict these cycles but a little bit differently than current astrologers.   However, they are very similar cycles to our planetary cycles we use today.  We use the zodiac signs (Aries, Taurus, etc) to signify a cycle, or an age which amounts to about 2,160 years for each sign. And we know that civilizations experienced monumental change a the end of each age when we move into the next sign.

In western astrology today, we know we are moving into the Aquarian age after some 2,160 years of Pisces (the ages go backwards in the zodiac).  When exactly this occurs is of some debate among astrologers, but some experts feel we are already in the new Aquarian Age.  I believe this to be true as we see many signs of Aquarian like change occurring in recent decades.  The advent of the internet brought about revolutionary change (Aquarius) with respect to how we learn of information.  Almost everyone has this computer (Aquarius) information now readily available and its making a huge shift toward a collective society of individuals (Aquarius) who can easily educate themselves and make decisions on their own.  Aquarius is all about independence, intellect and information, computers and technology, rebellion and uprisings, collective thought, humanitarian causes and groups of people acting together.  We see this all around us today.  We are already shifting into the Age of Aquarius (yes, like the song) where the status quo of institutions telling us what to do and handling our decisions for us is no longer the norm.  We will be making more decisions independent of these now fading institutions, crossing over racial, economic, and cultural divisions that have separated us too long as human beings.  We will be using technology more and more and it will shift the power to the people instead of corporations and governments with a few in charge.  In those countries where the shifting is frowned upon or there is not a government structure that allows such changes to happen, we will see more uprisings and rebellions in order to achieve the changes needed in this new Age.

So how does this change occur?  It happens to societies and to the individuals that make up the society.  We have had a series of Uranus/Pluto hard squares in the last few years with the last one to occur this coming year in March of 2015.  These squares have pushed us out of our comfort zones to make the changes necessary to adapt to the new age.  Our institutions such as government, religions, big corporations, and even education, are beginning to lose their control of individuals as technology allows almost every person to have information instantly at their fingertips.  This is one of the things that is facilitating the change.  Those who have fought the change or ignored it, will have a more difficult time during this shift.  We need to leave old patterns behind and shift consciously into the new age.  An astrologer can interpret your birth chart and make you more conscious of where this shift needs to occur for you personally.  We look at what houses Uranus and Pluto are currently transiting through and those houses ruled by these two planets in your chart.  In general,  all of us need to leave old ways behind and adapt to the new ways.

This new year, embrace technology, it is here to stay.  Think about the world outside your own family, home or job and contribute to the collective good.  Get rid of that which holds you back from your dreams and whatever makes your heart sing.  Network with people in your job, build relationships with others, and begin to see the power in working and playing together.  Become more independent and take a risk.  We are privileged to live at this time of monumental change and to be part of the shifting.  Only one generation every 2100 years or so lives during the enormous change of an astrological sign shift.  We have the ability to shape our future in very meaningful ways for future generations.  This New Year, let the collective good and the new ideas flowing through technology inspire you to reach new heights!  Shift into being more independent from institutional restriction and release that which no longer serves you or your beliefs.  Become a new you, a more Aquarian you, and as Aquarius likes to teach us, do it with your neighbor, not alone.  Independent, but stronger together! That is the catch phrase for the new Aquarian age!

Latest posts by Paula Sheldon (see all)
← Astrological Fireworks in 2014! Astrology Can Assist Us in Achieving Goals →
← The 100% Solution Are You Setting Yourself Up with New Year's Resolutions About Weight? →