Attitudes Are Caught, Not Taught

Your attitude is more than how you talk its about the energy you send out into the world. 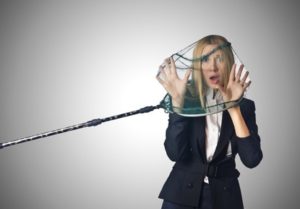 Every war that has ever been fought began because someone developed a really bad attitude. Their day may have started out just fine, but because of one incident, one unexpected change, one piece of news, one major disappointment or fright, the lives of thousands of people were instantly negatively affected and nothing was done to stop the slippery slide that followed.

An interesting experiment was conducted as part of a clinical study which required a well-dressed woman in a restaurant to behave in a peevish and over-handed manner to a waiter. The reaction of that waiter was then tracked to rudeness to the chef, who got nasty with a line cook, who went home and had a fight with his wife and spanked one of his children.

The next day, a younger woman wearing simple jeans and a tee shirt, ordered the least expensive thing on the menu and then asked that same waiter how his day was going. Feeling good about his job, the waiter then told the chef a joke, who was in a happy mood all day, and even cooked her husband his favorite meal that night.

It is unfortunate that we are so often unaware of the “after effects” of our bad attitudes because they can actually be life changing. A very famous psychological study conducted in England reported the effect of a special-education teacher whose prejudice toward gifted children was disastrous. Her fear that gifted children were incapable of fitting into normal societal rolls caused her to treat them as almost hopeless misfits and her negative, and totally unfounded attitude affected the children’s self-image so strongly that it diminished their eventual social development in calculable measure.

The good news is that bad attitudes can be changed, almost as quickly as they are formed, when new information is provided.

The elementary school my son attended became racially integrated when he was in the third grade and the process wasn’t going well. For good reasons or bad, the teachers appeared to hold to different standards of conduct for the white children and the black children and the result was that all of the children were confused, unhappy and very suspicious of each other. And they weren’t only reacting to the shaky attitudes of the teachers, but of their own parents as well.

At the first PTA meeting I attended, twenty or so Caucasian mothers sat at one end of a big, long table, and six to eight African-American mothers sat at the other end, with a long empty space in between. Although both groups looked at me with suspicious eyes, I chose to sit first with the black mothers.

“How are your children adjusting to school?” I asked. The floodgates opened and one after another, these women said, “Our children are not doing well. We are not happy to have them here. We didn’t want to come here tonight, but we don’t know what to do about this terrible situation, so we came to see if it can be fixed.”

So I made my way down to the other end of the table. I said, “Are there any first-grade mothers here?” Four ladies raised their hands. “Do any of you have little girls?” Two of them raised their hands. I said, “Let me tell you the story that one of the mothers at the other end of the table told me, who also has a little six-year-old girl,” and I repeated what she had told me.

These women were simply amazed. Their perception had been that these “other mothers” wanted to push their way into this school and make problems. It had never crossed their minds that they were frightened for their children. In about fifteen minutes, all the mothers were standing up, mingling and talking and sharing, and in less than an hour, we had set up a system whereby the mothers who lived in the neighborhood (including me) would come to the school when it let out each school day and make sure that all of the children who were bused to school got safely on the right buses.

Change is inevitable and it often causes confusion, but attitudes about the changes taking place in our lives are usually caught, not taught. More often than not, with a little additional information and a simple shift in attitude, we are all capable of creating peace instead of war — at least within the confines of our personal world.

Click here for a Conscious Conversation with Lauren McLaughlin

Latest posts by Lauren McLaughlin (see all)
← Chaos to Clarity Conquering The Battlefield of The Mind →
← February 2016-Getting Conscious About Fitness Are You Your Own Worst Enemy?  →