Knowing Who We Are 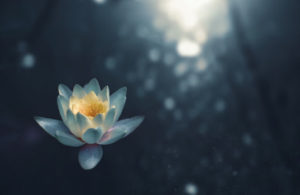 Photo by Zoltan Tasi on Unsplash

Sometimes we may perform an action or say something that’s out of the ordinary and afterwards wonder ”why did I say or do that”.

A few years ago, I was facilitating a meditation/positive thinking/self-esteem class and was talking about the powers that we need to lead a balanced life.  The room was full of mainly women and I recall mentioning that one should not tolerate living in an abusive relationship.  How the power to tolerate was not applicable in that situation and one should use the power to withdraw and leave.

This was not what I would normally say as it wasn’t my role to give advice, but to teach others so they could apply the appropriate power at the correct time.

However, I did and as I said it, I noticed a reaction on a participants face.

She didn’t attend the following session so afterwards I asked after her, as she had come along with a friend.  Her friend said that when she returned home after the last session she packed up and left her husband.  He apparently was very abusive, and she didn’t have the power to leave until hearing the class.  She never returned as the soul had received what it needed, however it wasn’t me saying that as it wasn’t my role to give advice.

On another occasion I was in a café and began talking to a woman next to me.  I had never meet her before although there was a connection of sorts.  We chatted for a bit and then I mentioned how the soul enters the womb around 12/16 weeks when the fetus is fully formed and often, they start moving/kicking at that time.  Now this came out of the blue so to speak and is not the sort of conversation one would normally have in those circumstances.

I also mentioned that perhaps abortions/terminations may not be as drastic as some think because the soul hasn’t entered so therefore the fetus is not a living being at that time.

She gazed at me intently as I said all of this and said nothing.  Then she said that when she was a teenager she became pregnant and given her situation her parents made her have an abortion.  She was now in her 50s and said that it had been with her every day since.  I replied, “well you are now free.”

We hugged and said goodbye and have not had any contact since.

Now I didn’t set out to say all that and I firmly believe that I was just an instrument to set her free from the guilt.  For all those years she had suffered, not knowing the facts.

I imagine some of you may have had similar experiences and it’s so helpful to practice being soul consciousness, i.e., having the awareness that we are an eternal being, a soul, a point of light in the center of the forehead looking out thru the eyes.  I believe this may enable us to be even more instrumental in alleviating suffering, including our own.

Soul consciousness also assists us to have a positive vision on others and become aware that everything is accurate in the world drama.  Everyone is playing their part according to their karma, past impressions etc.

About John: I have studied most beliefs and taught meditation and self-esteem for over thirty years.  I have run courses in prisons, universities, community centres and ran a meditation centre for several years.  I believe that knowledge should be free and available to everyone of all beliefs.

Latest posts by Conscious Shift (see all)
← Jessica: 1, Anxiety: 0 Consciousness of Lack →
← Walking Releasing of Fear is a Small Price to Pay →