The doctor walked into the room and the examination began.

I prayed I would not faint as he reached for the needle to perform the biopsy.  The skin prick took just a moment but waiting for the results felt like an eternity.

Days later the phone rang.  At the other end of the line I heard “You have a pleomorphic adenoma. It’s a mixed cell tumor on your parotid gland, which is part of your salivary system.  It needs to come out before it becomes completely malignant. We’ll need to get you scheduled for surgery right away.”

I was stunned.  “Why do I have this?” I asked. Dr. Evans had no answer but explained the surgical procedure to me.  He also told me, very matter-of-factly, that my facial nerve could be severed, leaving me permanently disfigured.  Images flashed through my mind.  I was horrified.  The alternative is a potential malignancy that can lead to death.”  “I’ll call you about scheduling” I managed to whisper before I hung up the phone and collapsed to the floor in tears.

“There has to be another way.  I have to get a second opinion!”

I called my mother to update her about the results.  “When is the surgery?” she blurted out before I could tell her everything.  “I’m considering some alternatives.” I replied.  “Not some new age nonsense I hope.  You can’t heal this.  It’s impossible!”

Fueled by her words, I frantically searched the bookstore shelves for any inspiration. All of a sudden, ‘You Can Heal Your Life’ by Louise Hay, seemed to jump out at me.  I was intrigued that she healed herself from an incurable cancer and her philosophy that our beliefs create our reality.  “If we choose to believe we are helpless victims and that it’s all hopeless, then the Universe will support us in that belief.  Even our concept of God needs to be one that is for us, not against us.”  I decided in that moment that ‘believing it was possible” was my alternative.

It seemed that the universe concurred.  A few days later I learned that my insurance was being changed.  A second opinion and surgery would have to wait.

Wasting no time, I began visualizing daily.  I imagined my cells were filled with white light.  I constantly affirmed “Whatever I need to know is revealed to me and whatever I need to do comes to me in Divine right order”.  Whenever fear and doubt crept in, I would re-read an underlined passage in Louise’s book….“If we are willing to do the mental work, almost anything can be healed.”  I clung to her words until I could begin to believe them for myself.

A few months later, my insurance issues were resolved.  I was hopeful about meeting my new doctor, an ENT specialist at a well-respected medical teaching university. But Dr. Kendall’s prognosis was not positive.  “The tumor has to come out immediately.”

I was reminded again that I could be permanently disfigured, that the tumor may already be malignant, and possibly spreading. I signed the release forms and scheduled the surgery for the following week.

That afternoon I made a poster with healing statements and photographs of me at my best.  I focused on this every morning when I woke up and again before I went to sleep at night.  I also wrote out a list of affirmations that I asked the Dr. to read to me while I was under anesthesia. She stated she really ‘wasn’t into that’, telling me she had a capable team and I was in good hands.

“I’ll read them to you” said the anesthesiologist as I was prepped for surgery. Tears filled my eyes as he taped my affirmations list onto my gown. He told me to count backwards from ten, reassured me of his promise, and everything went dark.

When I awoke after the five-hour surgery, I opened my eyes to see Dr. Kendall staring at me with a look of disbelief on her face. She came a little closer and leaned down to make direct eye contact with me.  She said, “We got the tumor. Your facial nerve is completely intact. You have 400 stitches from the top of your ear down the length of your neck but you had a great plastic surgeon and the scarring should be minimal”.

“We did another biopsy and the tumor is completely benign. It was however, branched out in seven places, seemingly in arrested development. I don’t know what you did, but I’ve never seen anything like this in all my years of medicine.”

Relief flooded through me as I silently gave thanks to God (and Louise Hay!).

I left the hospital with a new lease on life, wondering what else I could accomplish by believing ‘something was possible’. 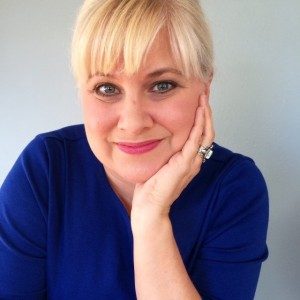 Libba Phillips
Libba is an Inspirational Speaker, Life Purpose Guide and Human Rights Activist. After her sister disappeared over a decade ago, Libba followed a divine calling to create Outpost for Hope, a mission to shine the light on missing persons lost among the homeless. Today, it is Libba’s purpose to teach others how to listen to Spirit and create the life they imagine. Find Libba online at www.hopefulnavigator.com