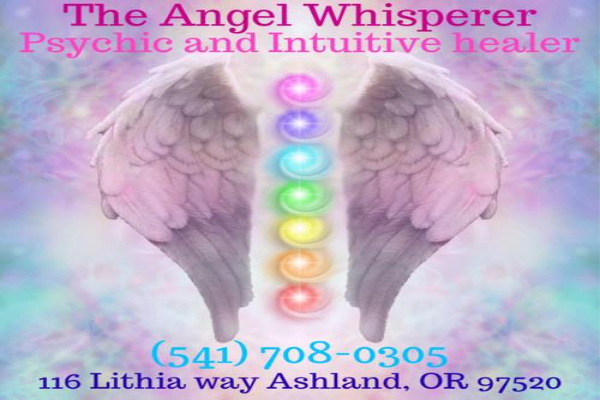 What is Possible? American engineer and author Willis Harman observes in Global Mind Change (1988) that we are literally

What is Possible?   It’s been said that beauty is in the eyes of the beholder. For me this

What is Possible? When you define a successful person, you think of money, power, or career based goals.  But how is

Addicted to Fear? “Addicted to fear? Who, me?” That may be what you’re thinking. After all, who wants to believe

Taking Time for You In a world with twenty-four hour news, and instant accessibility to information, it can be

“Be yourself; everyone else is already taken.” Oscar Wilde As children we want to be like our parents to obtain

It Seems So Simple Now Kevin is a successful accountant, father of two girls and husband to his lovely wife

Moving Forward Empowered As we continue the momentum of 2020, it is time to assess our progress. We began this

Letting Go of Fear   When I think about the past year, I am reminded of the stance

The Evolution of Choice     During a recent meditation, a thought arose that was so clear and loud I

There has never been a time when you were alone, no matter how you felt. As we evolve into true

Finding Peace   As I have traveled to most of the world’s countries, I am often asked my favorite.

The First Steps In Becoming a Spiritual Warrior When we step into the space of our own soul, the

Let Fear Go We’ve all been facing many fears since the coronavirus hit the US earlier this year. At

Releasing of Fear I remember when was I learning to drive in the snow. If I was afraid, I

Thriving in The Face of Change   Summer came, and the earth still spins on its axis.  At least some

Thriving in The Face of Change   Thoreau said, “People lead lives of quiet desperation.”  When we really think about

Creating Calm in the Present Moment   Once again, we are retreating into our homes in view of rising cases

This Dream Called Life I recall as a young kid looking at pictures of astronauts floating in space.

Practicing Vibrational Alignment Most of the inmates at the state penitentiary where I work were drug addicts—heroin, marijuana, cocaine,

The Sacred in Everything   The other morning, when I was feeding vegetable scraps to my chickens, I came upon

Navigating the In-between As a young boy I attended Sunday School where they talked about heaven. It must have played

Knowing Who You Are As the Earth rotates toward the Sun once again, the winter recedes and spring arrives. The

The Blessing In Everything   Recently, I thought I was late for an appointment. So of course, the car

Polar Opposites   Hate is one of those subjects that binds us to the emotions of the collective.  Together we

Are You Open? What if we were to accept that all of the experiences in our lives was guidance? Imagine

Getting Accountable- Living Consciously   Glancing out my window I cringe. The long stretch of highway splits through the guts

Changing Habits So often we sacrifice our own needs for others. In our culture it’s deemed more honorable and worthy

The Marie Kondo Effect: The Joy of Recycling I have to admit I don’t watch much television and I watch

A Shift in Consciousness About Consumerism   “Yes,” she says. “It looks nice this design, doesn’t it?” So she didn’t

Climate Strike: The UN Climate Summit In our last video, we talked about the climate crisis, the climate strike, and

Silencing Mind Chatter Lies A couple of weeks ago, I was awakened in the middle of the night by

Finding More in Less   Hiking through a forest of lush green trees, standing on a mountain top in the

Soften Your Heart   Do you compare yourself to others? Do you dream about wishful changes in your life? When

Letting Go by Going Within Clearly, healing is not what you are about every minute of every day. But

Freedom is Total Acceptance of Your Incredible Differences Growing up in the military, it was never cool to

“Abundance is not something we acquire. It is something we tune into.” Wayne Dyer The world today operates on a

Living A Life of Awareness Life is a dance on the grand ballroom of life.  When you dance you

Walking In Consciousness Does it seem like all your old patterns are in your face right now? I have certainly

Poetry By Amanda Gahm     I am a gypsy at heart, restless with wanderlust. I am a free spirited

The Dance of Life Last year, I began taking dance lessons.  My significant other is a competitive dancer and

A Disconnect in Ecological Perspective   I am always amazed that by having normal human experiences in daily life, I

“We are all in the gutter, but some of us are looking at the stars.” Oscar Wilde

Gaining A Broader Perspective I always spoke to myself and also answered myself. I never understood the comment “It’s okay to  talk to yourself as long as you don’t start answering yourself.” It was just something I always did.  Ever since I was a child I have loved to sit in the dark. During those times I spoke to myself quite  often. Sometimes I’d have conversations with other people in my imagination that maybe I would  want to have or I was preparing to have. Not that those conversations would ever actually take  place but my fear was that they would, so I would have a few run-throughs. I know that a lot of  the time I would continue conversations that were long since over, but I had much more to say. I  think that is the most common and socially acceptable, we can see that happen in every sitcom  that has

Unsung Leaders Change The World Some leaders are unsung. Parents can be some of the most successful leaders in

Living Abundantly   ‘No’, is the simple answer to a simple question. The location for my inquiry is my favorite

Gratitude Opens the Door   The essential feeling of receiving Divine Love is so inspiring, most of us wish we

Living Gracefully   The brave of our world are not always the ones making the grand gestures, racking up the

The thing is:  animals KNOW relationships.  That’s what they’re here for. That’s why they pick the family they pick.

As You Think So Shall You Become   Several years ago, I heard Wayne Dyer talk about how we could

Becoming Who We are Meant to Be   Release any need to cling to the status quo. You are being

Goal, Purpose, Activity   I’m married. I have a son in college. We have two dogs. I own a chiropractic

Finding Appreciation in The Now   I come here mostly in the early morning or evening, even though during the

Living In Mastery Imagine the life of a master: someone who has discovered the enlightenment available in every moment and

What Is Emptiness? A full, but concise discussion of Emptiness To practice Vajrayana without the wisdom of emptiness can

The Lesson’s in Your Dreams Do you dream when you sleep?  Do dreams have meaning?  Can dreams save lives? Everyone

Take time to bless that which you have and ask for. To bless means to confer energy on whatever

Who Wrote Your Story About Money? Was it you? Was it your parents? What beliefs have you established regarding financial

Speaking Your Truth PERHAPS NOW more than ever Martin Luther King, Jr’s words seem very prophetic. There is no doubt

Thinking Outside of The Box I’m sure you hear this often especially at the beginning of each new year, phrases

What Do You Choose for A New Year? I am the first to admit, I don’t jump on bandwagons. It’s

Dancing Up and Down The Mountain     See, I’ve faced the broken bridges I’ve waded through the muck

Learn and Release   I was a football coach for 35 years; 20 of those in the NFL. While I

The Minute That Changes Everything Personally I love routine. For a while. Two years is the longest my interest maintains,

That Gut Feeling Strengthen your conscious awareness of other states beyond the physical, communicate deeply within yourself and learn to

Stepping Into Gratitude For the past month I’ve been staying on my friend’s houseboat on one of Amsterdam’s many canals.

Choosing to Trust Your Intuition   It’s a wonderful and defining time to be alive!  A time to define

Slaying The Dragon   “The thing you fear most has no power. Your fear of it, is what has the