Connecting With the Cosmic Hum 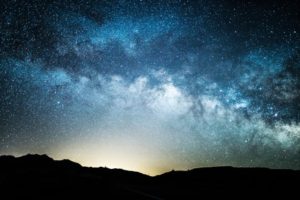 Finding and Connecting With the Cosmic Hum and Living It is one of the most valuable things I have done.

In my fifty-five years of working and communicating with psychiatrists, teachers, world gurus, seekers, finders and the wise, I have never found it described, although I’m sure someone must have somewhere. (What are all those Buddhist monks doing when they chant?)

Maharishi Mahesh Yogi, Founder of Transcendental Meditation and Guru to the Beatles and millions more, (with whom I worked closely for five years), spoke of the Cosmic Hum but never about finding and uniting with it. Nisargadatta came the closest with this beautiful quote: “There is in the body a current of energy, affection and intelligence, which guides, maintains and energizes the body. Discover that current and stay with it.”

But though I loved the quote, I never found what he was talking of or a way it could help me. What he didn’t say or seem to experience is that this current of energy is not just a bodily one, it is the Universe Vibration, the Current of Creation that sustains, supports and nourishes All Things. It’s our Umbilical Cord to Creation that was severed at birth — our Primal Separation that we must refind and reattach. I didn’t really hear it, I Found It, Felt It, Plugged In to It in Deep Meditation. And then, more and more, have been Living It. Might you, as well?

On July 31st, 2018, I was sitting deep in my morning meditation, giving myself the unaccustomed freedom to play with the mantras I considered closest to the Cosmic Hum, Ing, Im and Um. The previous day I was Skyping with a teacher who wanted to give a meditation experience to his sixteen-year-old students and didn’t want to give them L&F. So I suggested one of the three closest to the sound of the Cosmic Hum, excluding Om and Huum, which are too freighted with ancient, traditional baggage.

Thinking along these lines had recently been occurring to me. On the 27th, there was news of NASA and the ESA coming out with a sound recording of the atmospheric waves within the sun that they had sonified, made into sound. And it hummed, like the Cosmic Hum. Everything is Vibration and You, the Sun and the Universe have your/their Own. The longest lunar eclipse of the twenty-first century also occurred that day. It helped mightily. Eclipses are very intense times of the three-step process of pain, release and awakening. As a result of it, I went through a very intense few days of extreme pain on all levels—a dark night of the body, heart and soul—with the concomitant release and following awakening recounted here.

So on the 31st, with most of the pain dissipated, already having achieved a deep state with my own I Love You and Forgive You and the three aforementioned, upon switching from Ing to Im, It Hit Me—the Universe Essence. There It Was, clearly perceived by me for the first time, and It and I Became One and everything changed. I was no longer disjointed, alone, out of synch with All That Is!

And now that it is conscious, I don’t think it will discontinue or, if it does, I don’t think it will be hard to regain, to ‘stay with’ as N suggested. On the contrary, it keeps growing. I have lived and lost these feelings many times—long and short periods of connectedness, love and bliss and then long and short periods bereft of it—but never consciously associated or linked with the Creation Vibration.

I don’t yet know what effect it will have on my outer existence or how long it will last. Time will tell. But in my living experience it is quite wonderful and has changed the tone and quality of my meditations and daily existence. There is depth, connection, lack of aloneness, a richness, gratitude and appreciation far more solid than before. I have come home to find a constant friend in That Current of Energy, Affection and Intelligence that Flows Through All Things.

It is me and around and beyond me, another and one simultaneously, the best of bosom buddies, the cosmic marriage, the only real, tangible, personal Deity I have found that works for me on every level in both meanings of the phrase but in a far more global way than the phrase conveys—the Pivotal Axis bridging Physics and Spirit, the Pillar of Siva, the Axis Mundi or, better yet, the Axis Creatus, the Kundalini Tree, a sublime, subtle river flowing through and uniting me with Creation, God and Heaven.

May You Seek and Find It!

Mark Landau is the founder of Love and Forgiveness Meditation in Santa Fe.