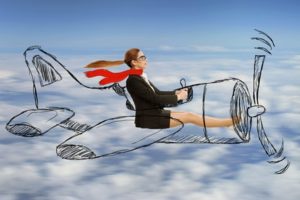 Many people speak of family curses; families cursed with bad relationships, poverty, ill health and pain, poor jobs or careers, or cut off from happiness. These feelings are based in family histories and beliefs that “my family suffers from…” and therefore, so will I. They believe fate has cursed their family with bad luck.

So-called “curses” are bad or negative energy directed or held in the energy field. This energy fastens onto the genes passed to you from your family activating unwanted DNA in your body. Releasing this energy from your genetic patterns frees you to live fully and completely in love and joy. Using ancestral clearing methods is an effective way to heal these beliefs.

The science of epigenetic discovered that thoughts and beliefs coat our inherited genes influencing the chemical reactions that take place in the DNA of the nucleus of the individual cells. Positive beliefs, thoughts and actions support health, love, success, abundance and happiness. Negative beliefs create and attract dis-ease, bad relationships, violence, poverty, depressions, anxiety and isolation.

Your ancestors are always here to help relieve you of your burdens from your past and their past lives.

Take the story of Ella, a 30-ish woman who contacted her ancestor because she was afraid to create a relationship. She came from at least 3 generations of women who married men who were sailors, soldiers, truck drivers, or alcoholics who were killed or deserted the family before the children were grown. When her ancestor was contacted, it was discovered she was forced to marry her late husband’s brother after the first husband’s death. She never gave the brother a chance to be a part of the family. He later ran away from this un-loving family. In an ancestor clearing session, the ancestor opened her heart to the brother and developed a loving relationship. This changed the entire family marriage pattern for all future generations. Ella was now free to find a mate and create a long-lasting relationship with potential children who would have a father figure in their lives.

Nate recently engaged me to relieve his life-long history of high blood pressure. His family had generational heart disease, including his grandfather, grandmother, father and sister. When his ancestor’s life was explored, he discovered his ancestor abandoned his first love. Later he married and had a family but his heart was never committed, dying unfulfilled. In the clearing session, he shifted his life by waiting until he could marry his true love, thereby creating a happy, fulfilled and satisfied life. After the session, Nate’s blood pressure stabilized. Within 3 months his medication was cut in half and he was on his way to tapering off completely with his doctor’s assistance.

Ancestral healing and clearing methods reach the ancestors who are ready, willing and able to help you. When we clear generational family patterns in the past, we also release the DNA patterns from future generations.

Family curses can be cured.

Reality for Ourselves and Future Generations (2018) and Healing Family Patterns: Ancestral

Lineage Clearing for Personal Growth (2012) is a healer, teacher, ceremonialist, speaker, and

Shaman.She specializes in helping others transform traumatic family patterns with the help of ancestors and in Shamanic healing.  https://ancestrallineageclearing.com/.