Do You Look Up or Down?

When a Rock Cease to Be a Rock…

“A rock pile ceases to be a rock pile the moment a man contemplates it, bearing within him the image of a Cathedral.” ~ Antone de Saint-Exupery 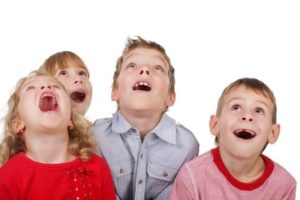 Several years ago, while in Barcelona, Spain, I had the opportunity to visit Catalan architect, Antonio Gaudi’s, one-of-a kind, “Sagrada Família.” While not officially a “cathedral” because it is not yet the seat of a Bishop, it is often thought of as such because it stands as high or higher than many ancient cathedrals. What is unique about the structure is that, while Gothic in design, it is also very “Art Nouveau” and unlike any other cathedral ever built; it is one-of-a-kind, in a class of its own. If you have ever seen pictures of it you’ll understand why I call it one of a kind. I encourage you to Google “Sagrada Família” and see for yourself—you’ll be rather stunned.

Gaudi designed and took over the construction of the project in 1883 and, the amazing thing is, to this day, it is still a work in progress. It stands higher than many skyscrapers; scaffolding and huge mechanical cranes loom in the skyline. The completion of the project is tentatively set for 2026, the centennial of Gaudi’s passing. It is said that he devoted the best of his years to the project, and at the time of his death at age 73 in 1926, less than a quarter of the project was complete. Can you imagine holding such a grand vision and not living to see it come to full fruition?

One-hundred and twenty-eight years after his vision was cast, I humbly stood at the base of this monolithic structure and gazed skyward wondering how much more had to be done to complete his vision. My mind raced back to the year 1883 when there was little more than barren land and rocks in that spot and I imagined him standing there, looking up, seeing his masterpiece in its completed form. That’s what visionaries do—they see their dream in its completed form long before it is realized in the material world. The transformation of concrete and rocks into a cathedral happened before Gaudi’s workers ever broke ground…and the fact that they are still working on the manifestation of it proves it was a very big vision.

Do you have a vision for your life and, if so, how big is it? Can you see yourself living that life now, even if the outer manifestation of it isn’t yet visible? While many say you have to see it to believe it, others are saying, you have to believe it to see it. Which are you? This is where and when the foundation for a life worth living is established. The practice is to contemplate your life as Gaudi contemplated his cathedral—as a completed idea in the creative Mind of a Universe that knows no limitations. In other words, the sky really is the limit; the only caveat is that this creative Mind is waiting for you to upload the design blueprints known as your belief system. What is your vision for your life? Are you looking up, or looking down? Be mindful of where your predominate thoughts go because, whether you are aware of it or not, that is the design plan you are uploading.

Clearly, Gaudi believed in his vision, so much so that it had no alternative but to become a reality, even years after his passing. That is a powerful vision when it takes on a life of its own. Turning a pile of rocks into a cathedral isn’t difficult once you have the vision—the Universe conspires to support you in your vision if you are willing to stand in it, own it and act on it. We are all visionaries—that is to say, we each hold in our mind a vision for our life; what it can or can’t be, might or might not be, or, will or won’t be. So the question really isn’t, do you have a vision for your life—if you are alive you have a vision. The real question is, what is your vision? Are you looking down at the rocks or up to the sky? Remember, the Universe is listening and it is already uploading your blueprints. 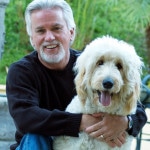 Dennis Merrit Jones
Throughout his lifetime, Dennis Merritt Jones has been on a quest to inspire and lift people to a higher expression of life. His personal vision is to guide people to their purpose, knowing that when one fully awakens to who they are and why they are on the planet, they begin to naturally share their gift with humankind and, in the process, create an enriching life for themselves and the world around them.

Latest posts by Dennis Merrit Jones (see all)
← Are You A Be-Leaver? Being Grateful for Where You Are →
← February 2017- Embrace Change Thinking Makes It So →