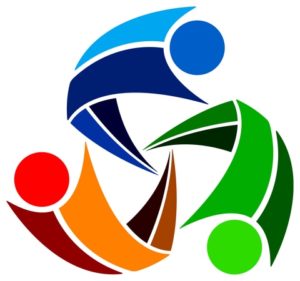 One famous adage leaders often quote is that of President Harry S. Truman, who said, “the buck stops here.”  But what happens in organizational (and family) life often resembles more of an old-style Hollywood movie than a model of responsible leadership.  If we peek behind the screen, we often find the dreaded drama triangle, complete with Persecutor, Victim, and Rescuer.

According to Leadership Coach and Author Gary Cohen, “the health and efficiency of an organization can be judged by how often triangulation occurs and whether or not it is tolerated by leaders. Triangulation is when two parties don’t speak directly to each other. They mediate their concerns through a third party. As a result, triangulation usually produces gossip, rumors, inefficient practices, and persecutory attitudes. It’s a culture killer.”

He states: “According to Stephen Karpman, who coined the term Drama Triangle, these three roles typically emerge in triangulation:

Own your role in the drama.

Fortunately, there is a way out.  Leaders must learn to exit the triangle.  First they need to become aware of the role they may be inadvertently playing or be drawn towards playing.  The awareness can then be converted into a shift from drama to empowerment.  Now the dynamic changes completely.  This has been described by Donna Zajonc and David Emerald as “The Empowerment Dynamic” or TED.

In TED, the new roles are Creator (formerly Victim), Challenger, and Coach.  The Creator focuses on the desired outcome rather than hiding from persecution.  The role of the persecutor fades away, and is replaced by the Challenger.  “To make that shift”, Emerald states, “you need to own your role in the drama and shift from a fault-oriented mindset (victim) to an outcome-oriented mindset (Creator).  The challenger can inspire learning and growth, either consciously helping the creator realize their potential, or unconsciously by challenging the creator to confront a situation instead of avoiding. The third role in this dynamic is the role of coach. Rather than depending on the victim to ‘need’ them, the coach instead works with the creator to develop their outcome vision and creates concrete steps toward realizing the goal.”

Emerald suggests the following questions to get started:

Leaders are responsible for helping shift from a problem-focus, with accompanying anxiety, fear and drama into an outcomes-focus.  This is a climate where there is passion and care for creative solutions.

Ask yourself:  “what part of the triangle am I responsible for maintaining” and “what would it take for me to get out of it?”

Responsible leadership begins here.  Change what doesn’t work into something that does work. 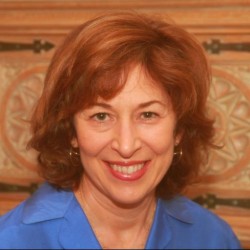 Susan Freeman
Susan Freeman, MBA, NCC, ACC is an executive coach, speaker and the author of Step Up Now: 21 Powerful Principles for People Who Influence Others. Her passion is working with motivated, high-achieving leaders and influencers. An accredited coach with the International Coach Federation, Susan’s background includes an M.B.A. from Columbia University with more than 25 years of strategic marketing, non-profit, and retained executive search management experience.

She is best known for her unique approach to leadership transformation; combining Western strategic discipline with Eastern integrative wisdom techniques.Her clients get to the root of what is holding them back to access the Natural Leader within. They rediscover and evolve their leadership in a balanced, sustainable way.When they do, they experience passion, clarity and exceptional results. Visit her at
www.StepUpLeader.com

Latest posts by Susan Freeman (see all)
← The Importance of Being Mindful and How to Begin. The Gift of Writer's Block →
← Consciously Shifting through Mercury Retrograde! Blowing Up the Drama →