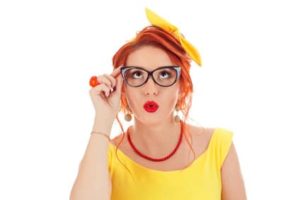 One thing I have found that is a common denominator for everyone is that each of us has a lot of negative self-talk that chatters around in our mind. When I first became aware of this negative chatter I thought I was the only one who had it because it wasn’t something people would talk about with others.

It must have been while reading a personal development book or attending a workshop when I became aware that it is a human commonality. I was sooooo relieved to know it wasn’t just me.

But then – what to do about it? Somewhere along the way, I learned I could transform that negative self-talk into empowering statements. Basically change the negative to positive and create an affirmation.

Here’s how you do it.

Create two columns on a sheet of paper and make a list of your five most common negative mind chatter thoughts. Some examples might look like:

If any of these or similar statement fit for you, what would you say to change it to something positive, something believable?

People often say to me, “Affirmations don’t work for me. I say them over and over and nothing changes.”

The point is to create a statement that is opposite to the negative statement, one you can own and believe. Believe is the key word here. When you create these statements, I encourage you to say them with feeling, feel the positive energy and hold on to that positive feeling for several seconds or a minute. That’s when the shift happens.

Look at it as an investment. Research shows that we have between 60,000 and 80,000 thoughts per day and 80% of those are negative. So give each thought a $1 value and at the end of the day you’ve subtracted $1 for each negative thought, the average number would be 64,000, and you would end up with only $16,000 in your account. That’s not great investing.

Choose good thoughts and invest wisely in you. After all, #yourchattermatters !

Once I discovered that I was creating a speech / presentation and book on the topic of the power of your words, I think I then became a pregnant elephant who carries their baby for several years. It came down to the fact that I had to listen to my own message about letting go of the negative mind chatter and believe that this book was meant to be – and I am only the messenger. To learn more about Margaret visit www.margaretmartin.com http://www.margaretmartin.com

Changing Your Focus by Letting Go   I’m not complaining, but it seems to me I ...