Fine Tuning the Miracle of Life

The human body is capable of far more than most people realize. To overcome the healthcare crisis that we face in the world today, individuals need to get inspired to take responsibility for their own health.    Stephen Hooper, The Body is a Miracle 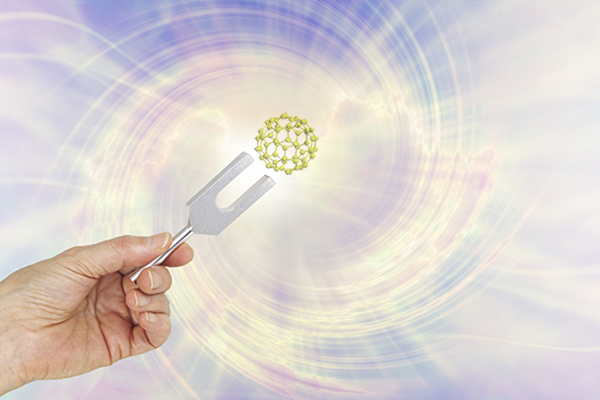 In 1985, a new class of compounds, buckminsterfullerenes, was discovered by scientists seeking to discover compounds that might exist in outer space. The most common particle found was a carbon molecule, C60; which they called buckyballs because of their resemblance to Buckminster Fuller’s soccer ball-like geodesic domes. C60 was to become one of the most important discoveries of the 20th century.

An article about C60, Mystery Of The Universe’s Weirdest Molecule Finally Solved – Turns out they shouldn’t even exist in the first place, noted…Buckyballs are the rule-breakers of chemistry. These strange molecules are made up of 60 carbon atoms, fused together in a soccer-ball shape. For years, scientists assumed they could only be made in the lab, until astronomers found them bopping around in deep space in 2010.

Buckyballs have some unusual properties to go along with their strange structure: They are incredibly stable, and can withstand high temperatures and high pressures. They are also the heaviest-known molecule to exhibit particle-wave duality — meaning they can behave like a wave and a particle at the same time — a fundamental principle of quantum mechanics.

One of C60’s most unexpected effects was discovered when the results of an experiment to determine C60’s toxicity was published in 2012. The researchers, finding no signs of toxicity, instead discovered laboratory rats given C60 in amounts expected to be fatal lived 90 % longer

C60 should be the most efficient ever material for extending lifespan.

C60, a powerfully effective antioxidant, neutralizes free radicals by absorbing up to 32 free electrons (other antioxidants absorb one). Because C60 is extremely small, i.e., 0.7 nanometers in diameter, C60 can moves through cell walls where it absorbs free radical electrons and removes them from the body.

The antioxidant activities of fullerene C60 have been demonstrated in previous reports, showing that the antioxidant capacity of C60 is 125 times that of vitamin C. 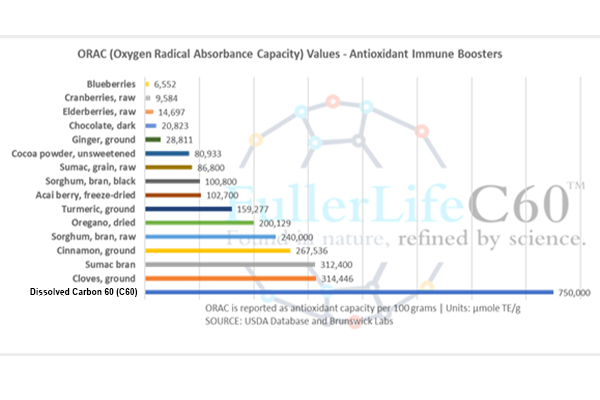 For information on dissolved C60 and how to order, go to www.dissolvedc60.com

The author is part of the team that developed dissolved C60.