For The Sake of All Beings 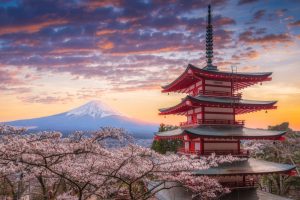 Several weeks ago, I took a Bodhisattva vow.  That is a traditional Buddhist ritual, where one pledges to work to reach enlightenment for the sake of all beings.   When I described it to friends who are not on that path, I said well, basically I will be trying to help everyone for the rest of my life.  Whoever I told this to, it seemed to strike a chord.

It certainly struck a chord with me, deeply, one that I was not expecting.  I am not big on ceremony, but I participated in this because it was a requirement for a program I want to pursue.  It sounded nice, and possibly important.  Then, even before it began, I felt an opening, from my heart in the middle of my chest.  I wept through the entire two hours, with joy, and great relief.

The relief was that suddenly things were simpler and made more sense.  I could now just drop this idea that I had my own physical and mental territories, along with the constant shoring up and guarding they required.  Like many, I have long had an ingrained belief that I had to control not only who I was, but how I appeared to the world.  Setting myself apart like that
has been an exhausting and futile effort.

Like everyone else, I am a work in progress.  During that ceremony, I learned that when I decided to put others into my frame, I redefined what self-interest meant to me.  The me versus them dynamic was loosened, and I felt more settled and at home in this world.  It is not necessary to take a formal vow to feel this way.  Connecting with others is in our DNA.  When we do so with compassion, it is easy to feel that we are part of something that is both us and bigger than us.  We belong to everything, and we belong everywhere.

This is different from the conventional view of altruism, which is usually conceptual, and outer directed.

Philanthropy and other kinds of structured generosity can be greatly successful, but sometimes also generate great failures.  The failures usually stem from trying to impose a particular world view that is not shared by the recipients, or because the efforts come from an ego-based kind of compassion that seeks appreciation and praise.

That approach is only going to reinforce the small, greedy self.

Really putting others into our frame means we are on an equal footing with everyone.  What matters most is that whatever we do, however we connect, it is from that perspective. It can take effort to see others as being just like us, given the lifetimes of conditioning we have had to the contrary.  That is why we work on ourselves, from our hearts, and recommit each time we see that we are back in our old mindset.

It is often said that if we simply improve ourselves, we make the world a better place.

The world may seem like a lost cause, and it’s tempting to want to retreat and focus on ourselves alone.  Instead, we take a chance and open ourselves up.  We don’t wait for someone else to make the first move, we break the stalemate.  We cannot save the whole world. Yet neither are we instigating any more chaos or misery.  We are learning to hold still amidst whatever craziness is happening.  From there, whatever we do next is our contribution, made for the sake of all beings.