The Secret is in The Oxytocin 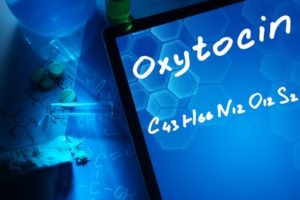 If you’re a guy who simply couldn’t resist the “For Women Only” title of this article, this is your lucky day, because you’re about to discover something most men have been wondering about for years; the answer to the question, “What is it that makes women so different from men?” And while there is nothing wrong with men discovering the answer, (in fact the more men understand it, the more harmonious our society will become), it is more vital (essential even) that women “get it”, at least those women who are on any sort of intentional path to self-realization.

Because there is one fundamental, elemental difference between men and women – all men and all women – that not only cannot be denied, but is worthy of embracing and celebrating, and that simple difference can be explained with just one word: oxytocin.

Oxytocin is a hormone that is released in women when they are faced with stressful situations, which allows us to literally by-pass the “fight or flight” syndrome. Instead, we move quickly to protect what is most valuable to us and to then begin solving problems and creating solutions – especially with the help of other women.

“When the hormone oxytocin is released as part of the stress responses in a woman, it buffers the fight or flight response and encourages her to gather with other women to tend and befriend. When she actually engages in this tending or befriending, studies suggest that more oxytocin is released, which further counters stress and produces a calming effect. ‘This calming response does not occur in most men when they are stressed’, notes Dr. Laura Cousin Klein, PhD.”

Far from being the “weaker sex”; it is the very element of prolonged strength and endurance in women, fueled by oxytocin and team work that initiates and affects a healthy recovery following any crisis, without which whole societies could become extinct. In short, a primary role of women in crises is literally to “effectively clean up the physical, mental, and emotional messes” that society creates.

Apparently this little publicized information about the effects of oxytocin is not new, so what brought it into such clear focus during this UCLA study? 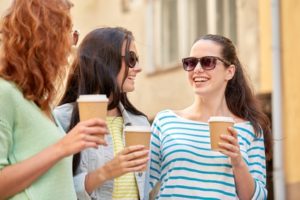 This is the way two researches explain their “ah-ha” moment: “There was this joke that when the women who worked in the lab were stressed, they came in, cleaned the lab, had coffee, and bonded, says Dr. Klein. Conversely, when our male colleagues were stressed, they holed up somewhere on their own. I commented one day to fellow researcher Shelley Taylor that nearly 90% of the stress research to date had been done on males. I showed her the data from my lab, and the two of us knew instantly that we were onto something.”

What they discovered, after running dozens of test scenarios, was that women are really good for each other and at some visceral level, women understand that. We value what we recognize as a “sister energy” that is both positive and supportive and which is often not available to us in our friendships and even our more intimate relationships with men.

And, as it turns out, our women friends are not only essential to our safety and security in times of crisis, but to other areas of our basic well-being as well. The famed Nurses’ Health Study from Harvard Medical School found that “the more friends women have, the less likely they are to develop physical impairments as they age, and the more likely they are to be leading a joyful life. In fact, the results were so significant, the researchers concluded, that for women, not having close female friends or confidants was as detrimental to their health as smoking or carrying extra weight.”

So how do we capitalize on this information to build more harmonious families, stronger communities and a safer and more secure world? If we are wise women, we are careful to build, acknowledge and care for our female friendships. We want to tend to our “posse” or our “tribe” of supportive women no matter what else is happening in our lives at any given time.

Again, here is what the UCLA study revealed: “Every time we get overly busy with work and family, the first thing women do is let go of friendships with other women”, explains Dr. Ruthellen Josselson. “We push them right to the back burner. That’s really a mistake because women are such a source of strength to each other. We nurture one another. And we need to have unpressured space in which we can do the special kind of talk that women do when they’re with other women. It’s a very healing experience.”

So morning coffee klatches, shopping sprees, chatty lunches and girl’s night out it appears are not just a female indulgence. In fact, they might be viewed by some as essential to the well being of the planet. And isn’t it just cool that like every other major blessing, oxytocin, provided to women free of charge in their most crucial moments, is a truly Divine idea.

Note – This article in The Huffington Post titled “A Compelling Argument About Why Women Need Friendships” contains more interesting information on this subject: http://www.huffingtonpost.com/randy-kamen-gredinger-edd/female-friendship_b_2193062.html

Latest posts by Lauren McLaughlin (see all)
← When It Comes to Receiving Money - What Are You Thinking? Stepping Into the Sweetness of Divine Love →
← The Inevitable Glass: Half Full / Half Empty? – the Ultimate Question Small Adjustments Create Big Change  →