Shinrin-Yoku: How the Japanese Heal With Nature 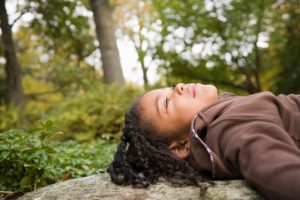 “Forest bathing” is one of the new buzzwords in the health and wellness industry. The trend originated in Japan. It comes on the heels of “Earthing,” which has a lot to do with lying on the ground, walking around barefoot, allowing you to connect with the earth. As a result, there is speculation about “nature therapy” and whether there is therapeutic value in spending time communing with it.

The Japanese have always been close to nature. It is so embedded in the culture that depictions may be found in calligraphy, sword making, and the martial arts, to name a few. There’s even a poetic structure devoted to nature called “haiku”.

The term Shinrin-yoku or forest bathing, was coined by the Japanese Ministry of Agriculture, Forestry and Fisheries in 1982. In 2010 they conducted a study of Japan’s 24 forests and scientifically compared “forest bathers” with urban walkers. The physical differences were significant. The forest bathers had lower blood pressure, heart rates and stress hormones.

The fact that enjoying the outdoors is associated with lower blood pressure, improved work memory, and feeling more alive is not overlooked by countries like Finland and the United States. There are nature walks given all over the United States but these are more informational, while hikes are focused on getting to a specific destination. Forest bathing, however, is about taking in what nature has to offer by way of slowing down, noticing things that need time to appreciate, and letting go of daily stresses.

The Japanese Ministry of Agriculture has taken their study a step further and now certify trails that serve Shinrin-yoku best. They gathered blood samples and other metrics, before and after participants walked a trail. Then scientists analyzed the results. What they found was an increase in white blood cells, called killer cells, a kind of cell that fights infection and other immune system indicators that point to better health. In several studies, the killer cells increased by 50%. Once such results are determined to be within a specified range, the trail is then certified as a Shinrin-yoku trail.

Scientists in several countries, including the United States and Finland, think the health benefits come from phytoncides, or antimicrobial organic compounds given off by plants. The idea is that breathing in the substance gives people the feeling of relaxation. The other explanation is that there is an “awe” factor similar to that experienced by astronauts who view earth from space, the admiration of the Grand Canyon, or Monument Valley in Utah.

Perhaps it’s living inside with so much technology that prompts us to visit the trees and seek out the smells and sounds of nature. We crave a feeling of well-being and enjoy the beauty of nature and the benefits of drinking in the sunshine, oxygen, and colors of the landscape. Whatever it is, it’s good for us. 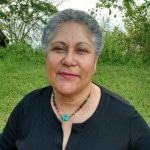 Magda Santos
Magda provides shamanic readings, coaching and nature walks to help you heal the part of your story that might be holding you back from living a joyous life. Sitting down with your questions and asking Spirit to allow a healing is one way to move closer to your dreams.  Visit her website for details: http://amomentinthewoods.com.

Latest posts by Magda Santos (see all)
← Free to Move About The Cabin Healing Unfinished Business →
← What Is the Difference between "Stuff" and "Junk"? July 2016-Being Free →