Hear What The Animals Are Saying

I Had A Near Death Experience 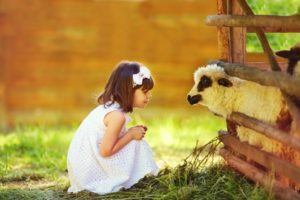 We are all intuitive.  Ok, maybe you’ll agree with that. And, we are all telepathic.  Now, that’s a harder nut to swallow. But these are things I know are true.  We are born with this ability.  It is the oldest language known.  Children are born with it.  It is found that very young twins communicate this way. It is also the way animals talk to each other.

I am like everyone else. I did not think telepathy could possibly be real. I thought it was something people talked about to sell books.  And then it happened to me.  I had a whopping near-death experience which was magical and mystical. Glorious is the word that comes to mind.  Very often, when the universe takes something from you (like a health thing) it leaves you something different in return.   I was left with psychic abilities, mediumship, seeing people at a distance and most amazing of all:  animal communication.

I “see” people with my inner vision, a screen behind my eyes or in my mind’s eye, as people say.  “At a distance” means they are out of range of vision, usually many hundreds or thousands of miles away.  I work this way when scanning people or animals for physical issues.  Often physical problems will light up or pop out at me or feel heavy or darker than the rest of the body.

After working as a medium and seeing souls at a distance, I discovered the ability to communicate with animals.  It just showed up, as I said before. There was nothing to “learn.”   This was so amazing to me because I’ve never had an animal or taken care of one. In fact, they have always really scared me.  But suddenly I found I was hearing from animals.  This ‘hearing’ process is one in which I connect directly to the animal’s heart, leaving me completely unable to be afraid of them.  For this reason, I know that my animal communication abilities were also given to heal me, bring me out of fear and into loving alignment with the animals. It seems that the very species that scared me the most has now become my guides and teachers on the inner plane. The universe is tricky that way.

This ability first showed itself when my friend asked me if I could read her cat. She wanted to know if her cat would want a dog in the house.  I said that I did not talk to animals and she brushed past that and told me to try it anyway.  The amazing part is that her cat came right in and screamed at me, “DON’T EVEN THINK ABOUT IT!”  I started to laugh and thought that was that. But then the cat woke me up during the night and said, “Maybe another cat would do.”  I called my friend the next morning to give her this message which she appreciated. Three days later this cat died.  It was unusual as the cat had not been sick. I believe the cat thought – if they don’t want me anymore, I’m out of here.

I have found the animals to be such magnificent souls. Deep and loving and funny. I have ‘heard from’ a dog who has “plans”, a small wiry dog with a cockney accent, a gorgeous black dog who ‘sings’ to Bruce Springsteen’s Born in the USA.  Max the dog asks for more broccoli, which he’s had before.  Calli the cat wants to ride in a baby’s stroller, Nickers the horse wants to have a “look”, meaning she wants to wear monogrammed outfits which she wouldn’t leave the barn without.  Roz the horse screamed at me to tell her rider to “Turn the water off” which I later heard had been dripping in her stall for over a year. Caroline the horse yells, “Let’s go somewhere!” after mostly riding around the ring.  My guess is the horses yell at me because my ears are under my hair and they don’t see them.  Animals know what they look like and must then know that I look ear-less.

Stay tuned as I will be bringing you funny, sad, deep, surprising readings from the horses, cats, dogs, rabbits and occasionally people without speech.  Join me month by month, and we’ll take a deep dive into inner space.