How to Silence Your Quiet Desperation 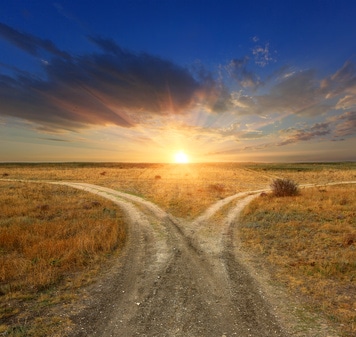 In “Civil Disobedience and Other Essays”, Henry David Thoreau wrote – ““Most men lead lives of quiet desperation and go to the grave with the song still in them.”

That’s what almost happened to George.  The youngest of four sons, both of his parents were successful attorneys, his three older brothers were attorneys and George was well on his way to following in their footsteps, with a passing thought to a career in politics when he was a bit older.

Good looking, intelligent, buff, and outrageously popular, George sailed through undergraduate school and was in his second year of law school.  His family, his friends, his girlfriend, even the law school faculty all agreed that his prospects were outstanding, right up until the day the police arrived at his dorm room and toted him off to jail.

Convincing himself he was just doing some hands-on background study on how criminals behaved so that he could make sure they would not get away with “beating the system” on his watch, George had allowed himself to dabble in a bit of drug trafficking. He didn’t “do” drugs himself.  He just managed a few transactions – and he might have gotten away with it but as sometimes happens when a young man gets too cocky, his plans went seriously wrong.

No one could believe it – not George!  His professors were horrified, his family was stunned and even George couldn’t really explain exactly why and how his life had tumbled down around him, but he knew one thing for sure; he and he alone would have to bear the consequences.  He was flat-out guilty. He was tried, sentenced and served his time.  One by one, his family, his friends and his legal team just quietly slipped out of his life, all except for his girlfriend and one grandmother.  While he was serving his sentence, his girlfriend graduated from law school, passed the bar and waited patiently and loyally for George to be released.

The day he was free, she proposed to him. He wanted to marry her very much, but he was rightly concerned about how he could support his family.  The only thing he’d ever studied was the law, and the practice of law was no longer an option.  Somewhat surprisingly, though, he didn’t regret that very much.  He’d had a lot of time to think about it of course, and he’d come to the conclusion that he’d never be able to make her happy unless he could truly make himself happy.  And that’s what he told his future father-in-law when he asked George what he planned to do.

There was one other thing for which George had shown any aptitude and that was to work with his hands in the dirt.  All the years George was growing up, his favorite person to spend time with was his maternal grandmother who was a fine gardener.  Every summer, he would go to spend a month with her on her little farm in Missouri where she taught him to grow beautiful flowers and bountiful vegetables from seed and to shape and mold the landscape in ways that made it more productive and beautiful.

George found a landscaping firm that would hire him and he learned the business, literally from the ground up.  Then he went back to college, earned a degree as a landscape architect and opened his own business; his own very successful business.

Eventually, George came to realize that his life had unfolded just the way it had because he never really wanted to practice law.  Consciously, he thought he had.  Certainly he had wanted to please his family, but deep in his heart, he knew without question that the practice of law was not his authentic path.  So did he sabotage his law career on purpose?  There will never be any way to prove that one way or another, but very probably he did.

Whenever we are at odds with our soul’s purpose, we tend to make a correction toward a better direction.  Sometimes the corrective path we choose is straight forward.  We just stop doing one thing and start doing another.  And sometimes it is circuitous and difficult, and often painful for us and for those around us.  Perhaps the method we choose for making change really does depend on how much “quiet desperation” we’re experiencing.

In encouraging his students to be true to their authentic selves, author Neale Donald Walsch offers this piece of advice:

“There is no security in doing something for a living when you are dying inside while doing it. That is taking care of the body at the expense of the soul. And a withering soul cannot help but produce a withering body. So do not think you are “taking care of yourself” by killing your spirit to keep your body alive. How long,” he asks, “will you put off what you are dying to do?

When you think about going to work on any given Monday morning, is it a happy thought?  If not, why not take just one, sweet step in the direction of your heart.  Then another and another and another until you find yourself doing what you love and loving what you do. There is always a possibility your life may just depend on it.

Latest posts by Lauren McLaughlin (see all)
← How powerful are your thoughts in creating a Wonder-fillled life? Taking Advantage of Low Hanging Fruit →
← Your Authentic Life: Getting Clear Guilty pleasure →