The Art of Manifestation 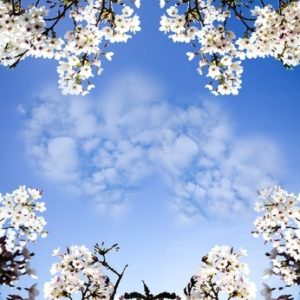 After reading Illusions by Richard Bach, I wondered what thing I could consciously create.  Day after day, I looked around to see what was absent—a most challenging undertaking!

Finally, I decided on a clown.  I gave him a purple shirt with big red polka dots, bright shiny yellow long shorts, red and white striped socks atop long red shoes, a wide red smile, and a big red nose.  I felt the presence of this clown, along with picturing it in front of me.

After a few days, I gasped when, on the radio, the DJs were joking about a record number of people fitting in a car “like a clown car!”  It has started, I thought.  Soon I will see my clown.

A few days later, I walked down an unfamiliar street, gazing in a window as I was passing.  I stopped in my tracks.  Hundreds of small clown figurines in various postures were on display.  None of them were my clown, but that didn’t stop my excitement.  I continued visualizing my clown.

Weeks later, a woman entered a room where I was seated.  She wore a purple shirt with a red clown’s face on the front.  I smiled back at it thinking, Soon.  I will see it soon!  That very day, while driving onto the freeway, a car zoomed passed me illegally on my right, cutting in front of me.  In the back window, moving from side to side while waving at me on a spiraled wire, was a small clown wearing a purple shirt with red polka dots, yellow long shorts, red and white socks atop long red shoes.  It smiled at me as I laughed audibly at it.  “My clown!” I yelled.  “I did it!”

Years later, I remembered I had consciously created a useless clown.  I was in need of some cash and set out to create it.  Every day on my drive home from college, I held my left palm face up feeling money there while saying, “At least $10,000 has come to me.  No one had to die or get injured in order for it to do so.  It just came because it could,” over and over.

Within a month, my neighbor said to me, “Did you hear?  At least $10,000 is coming to us because of the Northridge earthquake from seven years ago.”  I had purchased the condominium roughly two years prior and had never been informed about an open case along with the community of fifty condominiums.  I stood there struck by his language and how it mimicked my own chant.

Each household received $23,000.  Without consciously attempting to create at least $10,000, could the case have remained opened indefinitely?  I decided that the case could have stalled as it had for the previous owner without my energetic nudge, but I didn’t set out with my next experiment right away.

Finally, I started to visualize myself throwing a shiny 1975 penny to myself in the future.  The me in 1975 had to be standing in a unique situation in order for the me in 2005 to really feel the time and place.  In Palos Verdes, California, it had hailed but I had thought of it as snow, so that was the unique day I chose.  I pretended to hold the new 1975 penny in my hand when working on consciously creating it.  I immediately started to find pennies at my feet, on tables, at counters, and on the seat in my car.  Old-looking new pennies, smothered in gum or debris, damaged, shiny, but upon inspection, none of them were from 1975.

Continuing to picture standing on that “snowy” day throwing a new 1975 penny to myself standing in 2005, the most extraordinary and unexpected thing happened: It snowed in San Pedro where I had been living at the time.  Of course, officials called it soft hail or snow pellets.  I gaped and blinked at the weather.  I had not intended to throw the weather from 1975 to myself!  But, I thought, I must be getting closer.

One day, I ascended red-bricked steps almost continuing on, ignoring the shiny penny at my foot.  I bent to turn it over in superstition so someone might enjoy good luck with the coin being head up.  I blinked, catching the date as I placed it on the ground.  My knees weakened and I sat on the step.  Again, I picked the coin up and held it before my eyes.  It was a shiny new 1975 penny!

Since clowns, cash, and coins do exist, consciously creating anything could be a lot of nonsense.  Go try it for yourself and see.  After all, conscious creations are only a thought away!

Author: Paget Hillebrand, LAc, PhD specializes in Esoteric Acupuncture and German Auricular Medicine.  Published in Teen Magazine in 1989 under Debbie A. Hillebrand, and for the Natural News website under Debbie Allsup, she now writes under Paget Anne of Essendon.