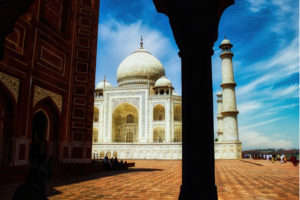 As I have traveled to most of the world’s countries, I am often asked my favorite. That is difficult to say, but there is no doubt which one is the most exotic, fascinating, unnerving, and beautiful. That is India.

It has been some years since traveling there, but sights like the sunrise at the Taj Mahal and holy men bathing in the worshipped but putrid Ganges at Varanasi do not leave you.

The journey most often starts in the modern, British-built capital of New Delhi. Your plane arrives early, and you notice the heat and the pungent smell in the air from the burning of cow dung for cooking. Cows are sacred and wander the streets at leisure.

India is a continent-size country with hundreds of dialects, but English is commonly spoken because of the early British control that gave them language, legal systems, and infrastructure like the railroads.

Early India was ruled by the British East India Company. A huge trading corporation, it had its own army and was ruled under British mandate. One of its chief commodities was opium which it shipped to China; making Britain one of the earliest and largest drug dealers.

Leaving New Delhi, I flew far north, into Srinagar, the capital of Kashmir. It is one of the most wondrously beautiful places on earth with a series of lakes lying at the foothills of the Himalaya Mountains and was a retreat for the British who visited there during the hot summers.

I stayed in an ornate wooden houseboat with several other guests. During the day I was paddled around through the various lakes and canals in a canoe-like boat. I relaxed on large pillows as my guides in the rear smoked from their hookah water pipes.

Kashmir was and still is considered the most dangerous place on the planet. India controls it but the very large Muslim population in Pakistan wants it. So, both countries have a large military presence on the border that occasionally erupts in violence. With the gorgeous lakes and hiking and fishing in the Himalayan foothills, it is still an unforgettable place.

The most beautiful structure in the world, it was built by Shah Jahan, a Mughal ruler in the seventeenth century, in memory of his wife. Mughal is the Indian term for the Mongols who had conquered most of northern India.

Before sunrise, I went to the Taj from my good hotel, wanting to see it at first light. The vast area was still closed but I heard Muslim prayers coming from a garden. I walked through to where the temple stood when a loud, bizarre screech froze me in my spot. It was the shriek of peacocks. I learned later that they were commonly used around Mughal palaces as warnings and forms of security.

It was getting light and an Indian gentleman attached himself to me as a guide. Huge birds flew gracefully over the treetops reminding me of the flying monkeys in the Wizard of Oz. I marveled at having never seen such birds. My companion corrected me that they were in fact large bats called Flying Foxes. Then it was time to enter the park and view the incomparable Taj.

With its translucent white marble, you can shine a flashlight through, and it seems to make it float. I enjoyed it for some time before the tours arrived but I left smiling at the memory of the peacocks and the flying foxes that filled the morning sky.

Varanasi (ancient Benares) is the soul of India. It is where thousands come to bathe in the Ganges River and holy men meditate on its bank to achieve enlightenment.

A friend and I rented a driver to take us to one of the ghats (vast steps leading into the water) where we rented a boat to watch the colorful throngs descend into the vast, putrid river to do their ablutions. Nearby was the cremation ghats where the ashes of burning bodies were thrown into this most sacred river.

Arriving back to shore after viewing this indescribable scene, my friend suggested I try a bhang lassi, a yogurt drink containing narcotics. It was legally sold at street shops.

After drinking my lassi, I parted with my friend and wandered back to our car. I pleasantly went to sleep on the hood of our taxi as a city of people surrounded me. I awoke to find half a dozen children sitting on the taxi looking down at this odd hood ornament. The driver shortly returned and was a bit displeased to find his new taxi so occupied.

The startling contrasts of life and death in India are not for everyone. It is as difficult to understand as its Hindu religion which says that the world we see is “maya” simply an illusion, while a caste system perpetuates poverty.

After being in the country a few days, a yoga instructor knelt by me as I was resting after some instructions. She placed her hand on my heart and said, “I sense that you are afraid of India, but India will never hurt you.”

I experienced great serenity from this stranger. India never did hurt me, but it certainly changed me.

Larry Wilson was born in the small steel mill town of Alliance in north eastern Ohio. While working in the mills during the summer, he completed a Master’s Degree in Communications from Ohio University in Athens, Ohio. In Clearwater Florida, Larry was an investigator for the Pinellas County Department of Consumer Protection. He also produced their television show, Your Consumer Protection. He has traveled the world. 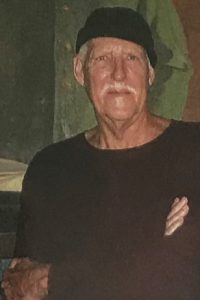 Larry
Larry Wilson was born in the small steel mill town of Alliance in north eastern Ohio. While working in the mills during the summer, he completed a Master’s Degree in Communications from Ohio University in Athens, Ohio. In Clearwater Florida, Larry was an investigator for the Pinellas County Department of Consumer Protection. He also produced their television show, Your Consumer Protection. He has traveled the world.