My Beliefs Create My Reality

As You Think So Shall You Become 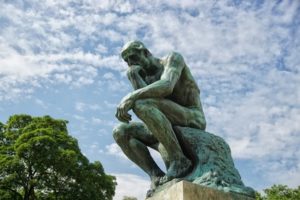 Several years ago, I heard Wayne Dyer talk about how we could change our beliefs.  I didn’t understand.  I thought my beliefs were, well, my beliefs!  They were who I was, what I stood for!  I struggled with what he said for months.  As I slowly began to see I really could change the way I had always thought about things, my world began to shift.

So many of my beliefs weren’t even my own!  I had adopted beliefs from my parents, religion, school teachers, friends, society, and others around me.  The more I thought about it, I wasn’t sure what I believed.  I began to question everything.

Then I learned about the mind-body connection.  I saw how my parents’ thoughts could have manifested into their health conditions – from ingrown toenails to heart disease and cancer.  I understood how, if I continued the way I had been thinking (or not thinking!), I would most likely experience the same.  Our beliefs create our reality, and unconscious beliefs will eventually create disease in the body.  In this world of chronic illness and disease, I feared what could happen to me.  I decided to make different lifestyle choices.

I gave a talk about nutrition several years ago and there was a young man in the audience.  He was overweight and sat with his arms crossed over his stomach as I spoke.  During Q&A, he shared he didn’t believe anything that I had shared.  He said his grandfather and father had both died young from heart disease.  He said he knew that was going to happen to him, so he ate and drank what he wanted.  I told him only around 25% of our DNA was inherited and explained Epigenetics (a study of genetics that shows much of our cells and physiology is affected by external or environmental factors) and that he could make different choices.

Even with greater awareness, there’s so much for me to understand and put into practice.  Recently, I’ve been having some gut issues.  I believe the lack of flow in my life has manifested in my body – problems with digestion and elimination. I am recognizing how I often sabotage myself when things begin to move in the direction I desire.  I become indecisive, I hesitate, I procrastinate, and I don’t follow through – I stop the flow!  I allow doubt and fear to creep in and become paralyzed.  It’s a pattern.  One I’ve followed many, many times before; but I’m beginning to realize it as it’s happening instead of waiting until it manifests in my body.

In the not so distant past, when my life wasn’t going the way I wanted it to, I blamed those around me.  I became frustrated.  When I became conscious of what I was putting my attention on – often what I didn’t want in my life – and learned to move my attention to what I wanted, I’ve moved through those episodes more quickly.  Instead of months or years of being stalled by thinking about it, I have taken steps to make changes.

Concentration exercises help slow my thoughts to recognize when the unproductive thoughts creep in (e.g.: fear, doubt, worry).  Affirmations help me to think positively.  My favorites are: “My beliefs create my reality.”  “I choose robust health, abundant wealth, constant happiness, and eternal love”.  I pay attention to the music I listen to and the books I read.  I limit the amount of TV I watch, especially the news.  I set goals and take action in the direction of my desires.  I pray and meditate to put my mind on higher thoughts.  Writing my thoughts in a journal or as a stream of consciousness empties my mind onto paper to examine.  I choose like-minded people to hang out with and reach out to when I want someone to hear my thoughts.  When I see or hear what I’ve often spent so much time thinking about, I’m often amazed at the words that come out.  I think I’ve made changes, yet there are still old programs/conditioning playing in my head and my choice of words makes that crystal clear: “I should”; “I need to”; “It’s hard”; “I’ll try”; etc.

Awareness is the key.  Awareness is knowledge gained and made a part of everyday life. Living in the present moment as much as possible is crucial since fear, doubt and worry live in the past and the future.  The limitations I experience are often only imagined and they fade away when I’m focused in the present. When I understand and can claim my beliefs, and when I am aware of my thoughts and of what’s happening around me, I can be confident in the actions I choose to take.  That’s how my beliefs create my reality! 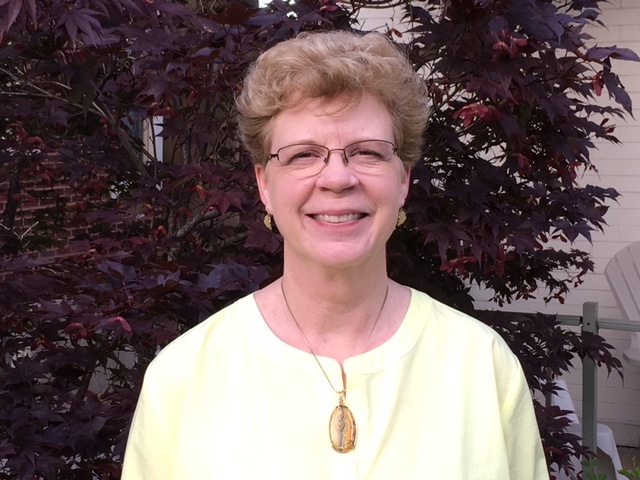 Linda Pecaut
Dr. Linda Pecaut is a Chiropractor, Coach and owner of ChiroWholeness in St. Louis, Missouri (chirowholeness.com) helping others create Healing, Hope and Harmony in their lives.  She is the Director of the School of Metaphysics in Maplewood, Missouri where she is also a student and teacher (som.org) and serves as National Secretary on the Board of Directors.  Dr. Linda lives in St. Louis with her husband of twenty-seven years, Joe, and their two dogs, Eve and Moses, while their son, Jake, is studying film and marketing at Augustana College in Rock Island, Illinois.