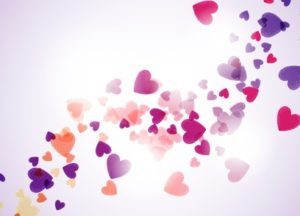 On the way to Song, Yang meets a man at the town of Ni, who has two wives. One is pretty and the other plain. Yet he favors the plain wife. So Yang asks he why?

I have been blessed to meet a few very special people who instinctively recognize the positive side of everyone and everything, and one of my favorites, ever, was Ruby.   Ruby was clearly born on the bright side of the moon.  She was a congregant in the church my husband and I served in Independence, MO and Ruby was well into her eighties when I knew her.  I’m told that she’s since moved on to shine her light in another realm and I will always miss her.

Beauty is in the eye of the beholder means that different people will find different things beautiful and that those differences of opinion don’t really matter..

One day, I was standing in the doorway of the Church Administrator’s office, talking with her as she opened the day’s mail.  As she enthusiastically ran her letter opener under the flap of a pastel-colored envelope and pulled up sharply – a fairly large amount of little metallic hearts flew out – and I do mean flew out – all over her desk top, her lap and the floor around her chair.

Using phrases to describe the person who sent that piece of mail that were liberally laced with the word “Twit”,(as in “What kind of twit puts these dumb little hearts in letters?”) she stood up, brushed herself off and complained heartily about the mess she had just been handed.  She was busy and it hadn’t been part of her plan to clean the carpets that day.

Observing her reaction to this intended act of kindness by the sender, and the entirely different reactions of the next two people who entered the room were, for me at least, just like watching a play.

The second member of the cast arrived when the outside door to the office opened and the woman who cleaned the church building entered.

Oh, I’m so glad you’re here, the Administrator  said. Can you please get the vacuum and help me clean up this mess?

I’ll just get a dust pan and brush and see what I can do, she answered grumpily, but no vacuum.  The kids in the Youth Education Building were playing with little stars made of that same metallic stuff awhile back, just like them hearts, and I tried to vacuum them up. But the vacuum wouldn’t pick up most of them and the ones it did, stuck in the brushes so it spewed out little stars all over the church for the next two weeks.  But, I’ll do my best, she added. Then she huffed out the door, also muttering about the intelligence level of the thoughtless sender who should only have to clean up those silly hearts herself.

The forth cast member then entered the play, stage left.  It was Ruby.   She took one look at Gwen’s surroundings, put her hands to either side of her face and said, Oh My Goodness, Gwen!  Look at all those beautiful little hearts! Then she dropped to her knees and began picking up hearts, one by one with her right hand and collecting them in her left.  When the floor was completely clear of hearts, she looked up at Gwen hopefully and said, if you don’t want these and the ones on your desk, can I have them please?  My great-granddaughter and I will have such fun playing with them when she comes to visit me tomorrow.

That whole incident provided an impressive lesson for me. One bunch of tiny little hearts touched the lives of four people (five if you count me) – the sender, the administrator, the janitor and Ruby – and each one viewed them entirely differently.  For years after that I kept a little package of confetti hearts on my desk as a colorful reminder that my joy of life depends entirely on my own perspective.

Latest posts by Lauren McLaughlin (see all)
← The Heart of Creativity Standing on Ceremony →
← Stirring the Quantum Soup Venus, the Planet of Value →