With so much focus on weight and dieting, food binge issues aren’t rare these days. Yet those who suffer from them feel great shame about their problem.

It is frustrating and even defeating to continually vow to stop eating large amounts of food and just as consistently breaking that vow.

Although binge behavior can be emotionally difficult and even a hazard to health, it is not a hopeless problem. People can and do stop binging completely. However, it takes an effective strategy and this essential quality: optimism.

Optimism is the belief that most things will turn out well in the end, that negative situations are temporary, and that we have the capability to deal with the difficulties of life. Optimistic people are persistent people. They know they will make mistakes and even fail sometimes, but they trust that by trying to learn from failures they will succeed in the end. They know they will cope with whatever it is that is presenting a struggle in their lives.

Most patients I treat for binging behavior start out with a pessimistic outlook about their problem. They believe they have some fundamental flaw that makes their struggle an impossible one. After all, they think, “I’ve failed so many times, it must be impossible.”

They hope the therapist will do something to them (perhaps magically) that will make their problem disappear. Instead, they find out that the solution lies entirely within them. It starts with their initial beliefs about themselves, their lives and the future. They learn to be optimists and discover their inner power to stop their problem behavior.

Sandy was such a case. She had reported no binging since the start of her therapy a month prior. Then came her first major challenge.

At her medical doctor’s office, she was told she had gained four pounds since the previous year. That started a week-long derailment. “I’ve binged all week,” she said. ”I’ve been trying for nothing! What’s the use?”

If Sandy had been an optimist, she would have considered the following:

• She hadn’t seen her doctor in a year. Perhaps the weight gain occurred before she started her treatment for binging.

• She hadn’t been binging since she started therapy, and so had been consuming far fewer calories than in the past. Regardless of her weight on one particular day, her new regimen eventually would lead to weight loss.

• This event was a learning opportunity that could help her handle difficulties in the future, not a sign that all is hopeless.

Sandy eventually realized the real enemy was pessimism. She learned not to let temporary setbacks interfere with overcoming a long-term problem.

Here are a few more things Sandy learned about optimism and eliminating binging:

• Optimists are persistent at solving problems. It takes time and some stumbling to learn how to eliminate binging behavior. If you understand and accept this fact, you won’t panic if you have some trouble with food. Instead of dwelling on past failures, you’ll keep looking ahead.

• Optimists believe that something good will come out of any problem, starting with personal growth. This is the biggest hallmark of optimism. If eating was a problem this week, the optimist figures out what could have made it better and focuses on using the new insight going forward.

• Optimists believe that the power to change comes from within. Pessimists believe they are at the mercy of forces out of their control. Binges happen because of internal processes such as our thoughts, beliefs, choices and judgments. They only seem like they’re triggered by external events. Look for something outside of yourself, like the “right” diet to control your binging, and you’re likely to be disappointed again.

Becoming an optimist is the first step in conquering a food binging problem. Of course there are others, but without the belief that you can be persistent and stay positively focused, the rest of the steps aren’t likely to happen.

Optimists are more successful than pessimists; though not because of special abilities. They just understand that if they believe in themselves and the process of change, they will eventually succeed — and they generally do. 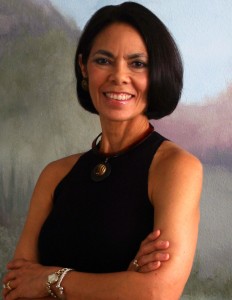 Lavinia Rodriquez
Dr. Lavinia Rodriguez is a Tampa psychologist and expert in weight management. She is the author of "Mind Over Fat Matters: Conquering Psychological Barriers to Weight Management." Send questions to her at drrod@fatmatters.com