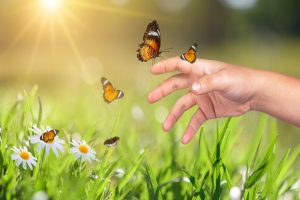 Last month I freed up some big chunks of time and found myself having to decide how to use the new windfall.  In going through the process, I revisited long-held goals and aspirations that I had never fully acted on and spent some uncomfortable moments second-guessing choices I’d made over the years.

Some people will say that the reason I have not done all that I planned is because I have blockages.  This is very fashionable in new age circles, and very irritating to me, as it implies that they are like sawhorses closing off a street, and all it takes to remove them is to jump out of the car and toss them to the curb.  If it were that simple, we’d all be driving full speed toward whatever we thought would make us happy.

Linda Howe has remarked that if a person exists who does not have blockages, they are no longer on the planet.  It’s nice to know I have the rest of humanity for company.  At ground level where we all live, we humans are imperfect by design. We should adjust our expectations accordingly.

Many years ago, I had a dream that was as far from ground level as it is possible to be.  I dreamt that I had died, and was having a life review.  It was conducted like the old board game Chutes and Ladders.  I was taken through the various phases of my life and shown events that had been in deep storage.  When it came to my many bad decisions and other cringe-worthy moments, they were presented to me as the same as every other part of my life, as completely perfect.

It is hard now to put words to this experience, as it came from another part of me that I usually have no access to.  But I’ll try: when I mean perfect, I don’t mean that even though I was imperfect I was still lovable, like a newborn whose mother is besotted despite all the dirty diapers.  It also wasn’t that my imperfections were being forgiven by a power greater than myself.  There simply was nothing to forgive.  Every single thing that had happened in my life was shown in the light of unshakeable, surefooted, unconditional love.  No changes needed, required or even possible.

When I awoke the next morning, I knew immediately that I had been given a free sample of the awakened state.  But even a few hours later, its extraordinary qualities were impossible to fully remember.  I am left only with this wholly insufficient description.

But I’ve also been left with enough interim clues to fill the gap, at least for now.  For example, I know that if something is for us, it will come to us, when the time is right.  A delay may mean we need time to heal, or to let go of something, or to make enough space.  Or something else.  Whatever it is, it is part of our path.

I know it’s ill-advised to always believe our thoughts, especially because our self talk can be pointlessly mean.  I’ve also learned that there is never a right or wrong decision, only one that we make with our best intentions and with the the limited information we have at the time.  No one is keeping score.  We can give ourselves the benefit of the doubt, and trust we really are doing our best at any given moment.

Most important, we feel, rather than think, our way through obstacles. That’s how we learn the real pain of judgment.  It feels harsh, and constricts. Only judgment cares whether something is perfect or not.  Kindness does not. It renders our perceived imperfections immaterial.  When we look in the mirror from kindness, we see a different self, and accept ourselves as we are.  There is expansion and greater possibility.  We can relax into whatever awaits us next, knowing it will be exactly what we need.

Latest posts by Debbie Ritter (see all)
← What is Sickness? Slow Down and Reflect →
← New Consciousness Arising Adopting a New Story of Happiness →