Plastic Bans, What’s all the Fuss?

The Convenience of Un-Conscious Living 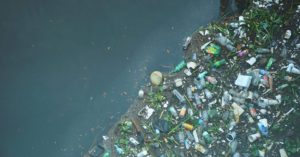 It’s not unusual to see as many as 10 articles per day talking about plastic pollution. Many headlines include the next city or country banning some sort of plastic straw, bag, Styrofoam container or all the above. Some places are banning all types of single use plastics. Why should we be paying attention?

Plastic is a big topic because it is invading our lives in just about every aspect. It has become a deeply embedded fabric woven into society, the environment and our Mother Earth.

There is no place on this entire planet that you can’t find plastic. According to Geochemical Perspective, researchers have found it in the deepest trenches of the oceans at 36,000 feet below sea level. It has been found in the coldest regions of Antarctica and in the pristine marine reserves of the Galapagos Islands.

Does this concern you? Let’s explore further.

Plastic can and does make our lives better. It’s used in several ways to improve energy efficiency in our homes. Manufacturers use plastic to make cars lighter and more durable. It protects people when they play sports. It’s used in healthcare from replacement heart valves to eyeglasses. Plastic has its place for living in modern times. What’s the problem?

Convenience and single use plastics are the major issue at hand. It’s made up of bags, drink containers, food distribution materials and packaging. These are items used for a short time and then discarded. Most of these materials can’t be recycled. It goes to landfills and incinerators when disposed of properly, but there are millions of tons of single use items which end up in the environment.

This brings us back to the initial question of why plastic bans are happening around the world. Bans are being put into place by governments and municipalities because there is an imbalance in how societies deal with waste. More plastic is being produced each year by the plastics industry. Many third world countries don’t have waste management systems. Recycling rates globally are only around 14%.

Single use plastics are being ingested by wildlife. Animals are being injured or killed by plastic pollution in their native habitats. The food chain itself is ingesting plastic, so humans are consuming it too.

Simply put, too much single use plastic exists.  It’s carelessly being used to make our lives more convenient and it’s ending up in the wrong places.

It’s come to a point where bans are being put into place for a few reasons. The first reason is that it is the fastest way to curb the amount of plastic going into the environment. Secondly, it is acting like a stop gap measure as we implement better alternatives.

Some people cheer when these bans are implemented as they see it as progress for humanity and the environment. Others fight fiercely against them as they view it as government overreach and impeding on their freedoms in life.

Personally, I choose to not give energy towards what I think is right or wrong when it comes to plastic bans. Instead, I focus on collaborating with people and businesses to switch to alternative plastic free products and packaging. I consciously look to see what the possibilities are to have a healthier planet. And I challenge myself to see where I can avoid plastic. It’s fun to get creative. I invite you to see where you can cut use of the plastic disposables in your life. 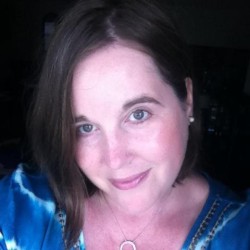 Tara LaSalla is the President of Green Me Locally and a business profitability consultant. She specializes in helping companies lower their environmental impact, do good things for people and the planet and become more profitable at the same time. www.GreenMeLocally.com

Latest posts by Tara LaSalla (see all)
← Creating Our Reality Learn the Basics, Then Practice Them →
← Empowering Self-Talk March 2019- Knowing Who You Are →