Reaching the Critical Mass for Change 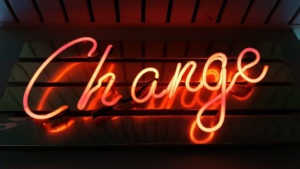 Photo by Ross Findon on Unsplash

With the world awash in violence, sexual harassment, immigrant hatred, religious prejudice, and discrimination, are we to lose hope that a better world is or can be created? I think not.

News reports make it appear as if disaster, chaos and inhumanity is the norm in the world. But the media feeds on negative emotions. It garners viewers with the attitude that shocking, disturbing, and distressing stories create attention. Very few positive events are covered either locally or nationally.

Many viewers absorb this negativity and lose hope.

However, contrast this with the growing community of ‘light workers’—those who dedicate their lives, energy, and attention to helping, healing, and creating positive action in the world, whether from a religious, spiritual or environmental perspective.

Simply look at your local alternative magazines, online websites, and social media bulletins to see that many people are focused on advancing the greater good. Even mainstream news reports on positive advancements in science, the environment, health and international relations. These stories just don’t make the headlines.

Internet radio, YouTube, TED talks, and local groups showcase the talents and gifts of multiple folks offering assistance in personal growth, self-development, healing, and spiritual consciousness offering ways to improve individual lives as well as the world. Marianne Williamson, a leading spiritual teacher, is even running for president as a legitimate contender with a significant following. Such a candidate would have been unheard of in prior years.

“Through consciousness, our minds have the power to change our planet and ourselves.”

What is critical mass? Like the 100th monkey effect, when enough people positively transform their attitudes, habits, lifestyles, and world views, such changes alter the consciousness of the whole society. No doubt there are dark forces of fear, hatred, anger, and violence in the world. These are offset by people taking responsibility for their own hearts, minds, and spirits seeking healing, connection with loved ones, and reaching out to support others. This balances the evil of others.

“Our greatest human adventure is the evolution of consciousness. We are in this life to enlarge the soul, liberate the spirit, and light up the brain.”  Tom Robbins.

Our children have more information and resources than we had as youngsters and will be in a better position to make positive choices in their lives in the future. Consider the actions being taken to expand our spiritual awareness, heal devastating diseases, clear the plastic from the oceans, stop global warming, embrace immigrants dispossessed by conflicts, and aid to those under repressive regimes.

Hope is around us in the positive actions we are taking. We are moving to the critical mass needed to shift world consciousness to love, harmony and peace for all living beings and the planet. Be a part of the changing consciousness of love and healing. It exists all around us. Are you the 100th human that will shift the group consciousness of the world?

Reality for Ourselves and Future Generations (2018) and Healing Family Patterns: Ancestral

Lineage Clearing for Personal Growth (2012) is a healer, teacher, ceremonialist, speaker, and

Shaman.She specializes in helping others transform traumatic family patterns with the help of ancestors and in Shamanic healing.  https://ancestrallineageclearing.com/.