I attended a large national convention in a huge stadium filled with people. One of the presenters began his presentation by asking, “How many of you believe you can get something for nothing?” I raised my hand and he motioned for me to come up to the stage.

As I reached the stage, he handed me something. Then everyone else started raising their hands. He had the audience’s attention. I just kept staring at what he gave me. Now that I have your attention…do you believe you can get something for nothing? I do.

When you pursue something really important to you, you usually pursue it with full passion. As you do this, you may actually be limiting yourself with your own knowledge because you may not be actively pursuing what you don’t know.

Some time ago I was tasked with planning a large event and was collecting the names of people to serve on the committee. I heard several things about a woman named Jennifer. “You don’t want her on the committee.” “She is hard to work with.” “She has strong opinions and always seemed to be antagonistic.”

Since I didn’t want to form an opinion before I met her, I decided to meet her. As I looked back on what others had said about Jennifer, I realized they were RIGHT! She was difficult. She didn’t really know how to present her ideas. By taking the time to get to know her though, I learned that her ideas were worth listening to. It cost me nothing to add Jennifer to the committee. If I had formed an opinion of her before I met her, I would have missed out on her great ideas for the event and on her friendship.

Have you ever dismissed an experience before you even experienced it?

Another way you can limit yourself is this. Have you ever dismissed an experience before you even experienced it? “It’ll probably be boring.” “That probably won’t help me at all.” “I can’t do that very well anyway.” You dismissed it before you experienced it because you know it won’t work. Do you really know that?

I really wanted to learn a new language, but it was going to be too hard. It was going to take a lot of time…Wait. I didn’t want to judge an experience before I experienced it. So, I decided to learn sign language. Was it hard? YES! Did my new deaf friends make fun of me in the beginning? YES! Was it all worth it? YES!

It cost me nothing to give sign language a chance. I would have missed out on a lot of incredible and unexpected experiences in my personal life and my career if I had not tried it.

The third way you may be limiting yourself is one that happens most often. Have you ever answered your own question before you even asked it? “She’ll probably say no.” “She’ll probably think it’s a dumb idea.” “She won’t be able to help me any way.” You answered your own question before asking it because you knew what they are going to say. Did you really know?

I’m sure you’ll be happy to know that I’ve stopped answering my own questions. When we bought our house we bought it for significantly less because we asked. We were able to reduce costs on a project because we asked if there was equipment already available to us and there was.

It cost us nothing to ask. You never know how someone will respond until you ask. Don’t be afraid to ask.

By taking time to meet and get to know someone, by trying new experiences, and by asking questions – you will be open and available to receive new information and develop unexpected relationships that you don’t even know were out there.

Pursue your goals and dreams, work hard, and anticipate something for nothing. You never know, you may be sitting in a large national convention someday when someone asks “How many of you believe you can get something for nothing?” When you raise your hand and you get called to the front, you might be the next one to receive $80 in cash. 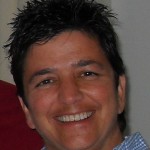 Jill Haseltine
Jill is a professional motivational speaker and coach ready to inspire you to get your ideas out of your head and into the world. Invite Jill to speak at your next event. You'll be glad you did! www.DeliberateNation.com

Latest posts by Jill Haseltine (see all)
← Are you where you thought you’d be? Are you Balanced? →
← Shifting into wellness with hypnotherapy Mind Games →