Talking to the Animals

Finding the Possibilities Even in the Heavy Stuff 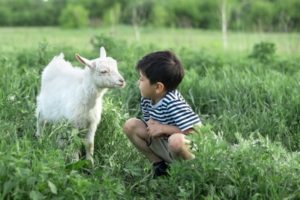 I told the dog’s person what the dog said and she let out a screech and said her nickname was Bunny and she just had a severe heart issue a few months before.

This brilliant and sensitive dog knew that #1. His person had a heart problem; #2. Her nickname was Bunny.  It’s interesting that he passed the information along to me calling it a “broken heart”.  Her heart was broken in a way that needed medical fixing and he knew this.

I visited with a dog a short time ago who was living with his person who had developed Alzheimer’s. They were used to running together and taking long walks in the woods. That had since stopped.  I told the dog quietly that his dad is ‘sick’ and this magnificent dog turned his head all the way around so he could see into the other room and looked directly at his dad. You can’t tell me the dog didn’t understand.

In another mediumship reading, I was connected to a young man who crossed over from a drug overdose at a very early age. He ‘came in’ to talk to me and told me to tell his parents he was sorry and then stressed again he was very sorry and that he never knew this would happen. He wanted his parents to go on with their lives and to date again. He showed me this by both of them sitting side by side drinking an ice cream soda in a coffee shop. He told me to tell them he was a mess before but is now clear and he is there (on the other side) to help the children.  He tied a blue ribbon around the information he gave me and his mother told me later that when he died, his cousin came over and tied blue ribbons all around the backyard.

The animals are here to help when times get tough. Count on them. They know more than you think and they feel more than you know.