Talking with the Animals 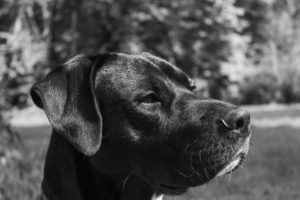 The thing is:  animals KNOW relationships.  That’s what they’re here for. That’s why they pick the family they pick. It’s what they seek out and nurture.

An amazing example of this is a dog I was just asked to ‘read’ who showed me something I don’t think I’ll ever forget.  He, (an 11-year-old black lab named Meford, ) was getting old. The family thought he wasn’t in the best of health. I was asked to talk to him and find out how he was, if he was in any pain and what he needed going forward.

The father in this family has a difficult degenerative disease and this astounding dog told me that he (Meford) had heart problems, that he wasn’t in pain, that he felt floaty, he wanted to continue to swim and that “HE WAS GOING OUT WITH MY DAD”.  Just too amazing. He knew his dad wouldn’t recover and might cross over soon and this dog was ready to accompany him. With a glad heart.

Another example of relationship appears strongly in a reading I did with an embryo (yes, you heard me right)…a 2-month-old embryo. The parents asked me to talk to him if I could and find out anything he wanted to tell them. I asked what he’d be interested in when he came to the planet and he showed me some balls like footballs and basketballs. So I asked what else. He said ‘planes, but not airplanes.’ I asked him to show me and he flashed me an image of a hang glider.  I told the parents and they started yelling – they are both ultra-light instructors! This seemed to me that this family had done this before. They had been together before and were probably in the same soul group. Talk about a relationship!