The Gift of Appreciation 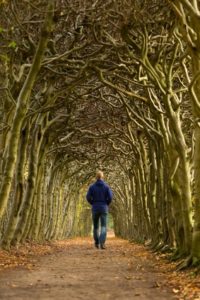 The events in our lives are outward projections of what lives in our subconscious. That includes our thoughts, feelings, perceptions and beliefs. Whoever we think, feel and believe we are, we are. That goes for the good, the bad and the ugly. There is no better example than genuine appreciation.

Authentic appreciation generates a system of energetic cause and effect. It’s a divine language magnet that can work absolute miracles, by invoking a response from your higher power. Your creator will answer by saying, “Oh, you liked that, did you? It must mean you want more.”

Just keep in mind that in order for the appreciation law to work, your feelings must be true, sincere and straight from the heart. You can’t fake appreciation.

However, because heartfelt appreciation has a long-standing track record of successful outcomes, take heed of the old adage: Be careful of what you ask for because you just might get it.

Appreciation and The Madonna

A few years back, a client of mine named David was going through the woeful throes of divorce. He discovered he could alleviate a significant amount of grief by walking down a particular stretch of trail, lined with old-growth trees. The trees lifted the pain from his soul.

Not long ago, he revisited this trail he now regards as sacred. As he sauntered along the path in solitude, he was overcome with an enormous feeling of appreciation. He felt deeply indebted to the forest that had so dearly helped him in his time of need. His thankfulness was so strong, it nearly brought him to tears. As he continued down the path in a meditative state of thanks, he heard someone coming in the opposite direction.

It was a woman, approaching from around a slight bend in the trail. She seemed to materialize out of the mist which was lightly suspended in the forest. And she wasn’t alone. She was quietly singing to a little boy she was carrying on her hip. He looked to be about three or four years old.   David stepped aside and exchanged a friendly greeting as they passed.

David directly returned to his meditative walk of gratitude. When he arrived at the end of the trail, there was a rock about the size of an ostrich egg, split straight down the middle. He knelt 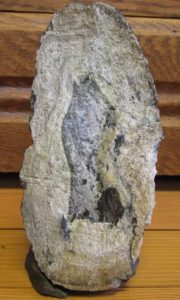 down and opened the split rock like a book. Much to his surprise, on each half of the stone were mirror images of a silhouette that looked exactly like Madonna with Child.

Stunned, he realized he had just been visited by Mother Mary and Jesus. He passed them on the trail. Quickly, he snatched the rock and sprinted up the path toward a small village, only several hundred yards away.

He ran up and down the two-street town, stopping into every business, asking if they’d seen a woman with a child on her hip. Everyone in town just shook their head. After an exhaustive search, he came to the conclusion they’d vanished, just like the morning mist hanging over the valley.

With his head spinning, David realized it was an angelic visit, born out of his deep feeling of appreciation. He was disappointed he never found the woman and her child. However, he was overwhelmed with thankfulness once again, left with his precious Madonna Stone of Appreciation. True story.