Changing Your Focus by Letting Go 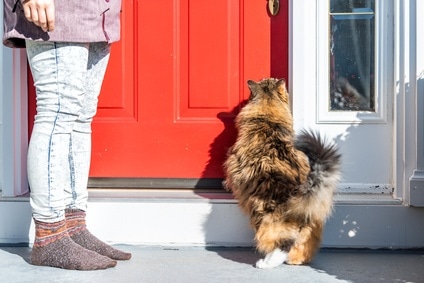 I’m not complaining, but it seems to me I was born in a country where doing just that is a treasured past time.

Here in Holland a favorite topic to express dissatisfaction about is the weather. The fact that it rains a lot is apparently a good reason for my compatriots to have a complaint on the tip of their tongues. On especially dreary days the complaining goes far beyond the subject of the weather and extends itself to anything from finding dog poop on the doorstep to the sink not draining properly.

A recent heatwave caused me to discover that exceptionally good weather is also an appropriate reason to complain: It’s too hot. I’m sweating all day. and The plants need constant watering. are commonplace since for a few days the temperature has dropped to a comfortable 75 degrees and it’s raining only now and again. I’d say, a perfect compromise between thirsty plants and humans that don’t enjoy getting wet. But I honestly wonder if this nearly perfect weather is enough to assuage people’s creative comments…

It goes without saying that not all Dutch people complain. And of course it’s not just Dutch people who have a go at it sometimes. People from all over the world occasionally succumb to this seemingly innocent form of negativity. I suppose this is the moment where I admit that I myself was also an occasional complainer. That’s right, I was rather than am.

Though it sounds obvious, I realized the other day that complaining is a choice. It’s not something that is enforced on you by less than ideal circumstances. If it were that way, every last one of us would be at it. I’m not entirely sure what motivated me but however it came about, the decision has been made; I will no longer indulge in complaining of any form. Does that mean from now on I always have to be upbeat about everything?

No it does not.

What it does entail is that even when I think something isn’t as good as it should be I have a choice between making it worse or opening myself up to the idea that maybe it is nothing but a blessing in disguise. After all, what do I know about the mysterious ways in which the universe is serving me?

How often does it happen that there is a glitch of some kind that you later find out was what saved you from having to experience something worse?

Knowing that, isn’t it also possible there are infinitely more ways in which you are constantly being rescued without ever learning about it?

With my limited human understanding I would say that has to be the case.

It might be worth saying that even before this recent shift I was never one to complain often or for long. But does that even matter? Even if the action of complaining is minimal, as long as we do it at all the inner mechanism of it is operating. That means it is contributing to a general outlook on life that doesn’t allow us to live it with an amount of surrender that makes for happiness.

After making such a clear decision I got a chance to see if it would become murky in the face of an actual (minor) incident. I’m currently living between two houses, taking care of the resident cats. One of the houses is great during the day but a little spooky at night so I tend to sleep in the other one.

Yesterday, when I arrived at the first house the cat was nowhere to be found. This concerned me cause even when he’s outside he always comes running immediately when I get there. Not yesterday though. It was quite late already when I showed up so after a quick search I aborted my plan to spend the night at the other place in favor of waiting for the cat to turn up.

As I laid in bed at night I heard the usual creaking and scratching sounds but whereas before those had made me afraid someone was around the house they now gave me hope it was the cat coming in through his little door. It’s all about what we tell ourselves…

The cat didn’t come back that night. And I wasn’t sleeping until I eventually started picturing his safe return. Just before I drifted off I had a moment of clarity where I noticed my concern about this animal had completely stopped me from being afraid in that dark, isolated, old house.

And just like that, abstaining from complaining turned into a sense of gratitude about the situation. Had the cat not disappeared I wouldn’t have realized how easily I could distract myself from being fearful in this place. A lesson that certainly will not be wasted in other situations.

Naturally, when morning arrived, so did the cat, while any imaginary dodgy people had stayed well away. Although this was a harmless episode, it did illustrate to me how choosing not to complain can really turn an experience around. And as our tendency to grumble lessens, and we easily open up to a different view of the same situations, there’s even the potential of turning whole parts of our lives around. 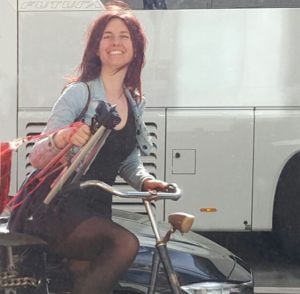 Lucinda Romeijn
Lucinda is a writer and holistic health coach  from Amsterdam, the Netherlands.

One of the things she enjoys most in life is seeing people (re-)discover their innate beauty.
By offering gentle guidance she helps people reconnect to their authentic selves so they can more easily experience their natural sense of well-being.
https://www.lucindalightning.com/