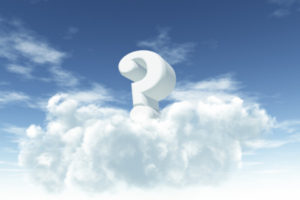 “We are all Inventors, Each Sailing Out on a Voyage of Discovery,

Guided each by a Private chart, of which there is no Duplicate.

The World is all Gates, all Opportunities.”

A rope lay coiled before her. She stared at it with the hope it would unravel years into voice. This coiled, constricted rope represented years along lines she couldn’t speak.

From the time she was a young child she was given the coldest circumstances. The serpent with its most despised quality, its viciousness, was an everyday affliction. Every type of terrible degradation that could occur did. The serpent’s poison left her body and voice in a stationary whiteout. One which did not express any individuated consciousness.

She likened this rope to a serpent and a serpent she was. Cold blooded in nature, but not because she was cold through action, but because she conserved energy. Everywhere she went there was a choice comment on this. Smile! You need rhythm. The body is built for activity and grace, and the voice for willing one’s intent. But for those whose will and word were obstructed, forming this easy expression is difficult. At moments there was a stirring. From her protective coil she would outstretch and lengthen slightly, her tongue a weighted flicker and pen tasting the grounded page for language and life itself; but only for a second or two.

The serpent also enters a whiteout or molting period. When this occurs, the serpent retreats into a similar stationary clouding where skin and history is sloughed. This transition leads to: Christening. Cohesion. The serpent is resurrected. It is no longer the predator with a deadly poison, but is vulnerable. Contained in its vulnerability is wisdom. The wisdom is: viciousness will not suffice nor survive by itself. We are prey and poison if we do not discover the antidote within us as healers of body, mind and soul. The value is energy as remedy and transmutation.

There is a season for the sun. One day she realized she was the coiled rope. Some awareness unraveled and embodied her will, and beyond the word of helplessness was one word. The word was simply that: it was the word. Her word. Word combined with a will to live. She was an active body built for grace and voice willing intent. But for the moments when she needed greater ease, for there were some, (only now they did not include anyone else) she devised an exercise for releasing mental knots.

“Tie knots throughout a rope’s length. By this tie-ing you are acknowledging you are “stuck.” As you tie, meditate upon what needs to be surfaced…this is the serpent during transition. Explore what needs awakening, clarification or resolution. When you have created enough knots, untie each knot. The messages you receive are the serpent wisdom. Be reborn and make with them your will and word.

Sailors chart their journey through these knots, and it is often not paradisiacal. They do, however, make it to land and not by dreams — for a dream is something we are asleep to, but by awakening: a navigation and undertaking. This is the “Questioning Quest.”  When we reach an island and not a mirage, and when we learn how we best can help ourselves by questioning and awakening to our quest.”

Author: Selah Grenewood is a teacher and writer from Florida. Her work has appeared in numerous publications including Positive Outlooks, New Spirit, Metapsychosis, The Write Place at the Right Time, Awakenings Review and the Edge. To learn more about Selah visit… www.selahgrenewood.com

Changing Your Focus by Letting Go   I’m not complaining, but it seems to me I ...

Hitting the Reset Button Time, as we tend to understand and perceive it as human beings, ...