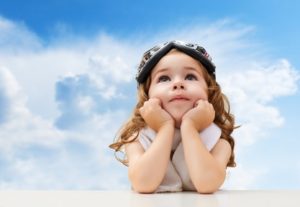 Unlimited potential. Two words that pack a punch. Unlimited: no end, no identifiable quantity, no borders, no rules. Potential: latent abilities not yet developed but carrying the possibilities of future use. Unlimited Potential is our birthright. It is what we were born to do. Yet how do we fill the never-ending cup of possibilities? One drop at a time!

Imagine if you will, somewhere in the unified field of time, millions of strings or threads, and each one contains a different aspect of YOU. All of these threads eventually lead back to the source of the ultimate YOU…the I AM of all. These streams of consciousness that run the landscape of space and time, (of course there is no time, but that’s for another conversation), are waiting to be chosen, and you are the ultimate picker!

Translated into everyday life, the option is all yours. Imagine, no limits or constraints! At any time, you can jump from one thread to another, merge two threads, or make it three! The point is this, you have been granted this birthright of never ending, anything is possible, life. There are no rules or limits or end to how, or what you want to be. In every society throughout the ages, there are beliefs of limits or restrictions, that tell the rest of the population you cannot cross “this line”. And in each Age, there are humans who defy that line. Those grabbers of wondrous threads show the rest of humanity anything is possible.

Peggy Whitson, who has the most space walks by a female, was certainly one of those women who did not hear the voices of limits that echo through our society daily. Malala Yousafzai, the youngest Nobel Prize winner, also ignored those lines of restrictions. Regardless of their backgrounds and how they started on the road less traveled, at some point these humans reached a precipice, the edge of the cliff. Instead of stepping back in fear, they tucked that dread and fright in their pocket, and jumped anyways. As many threads as there are to choose from, there are just as many examples of our fellow spirits in human abodes defying the odds. Imagine in another 100 years what we will be witness to. The possibilities are endless, just as those beautiful threads are!

There are millions of aspects or possibilities to your potential. The only thing in the way is your limited thinking. Tear away the What if’s? and the I’m afraids, and simply allow the never-ending cup to spill all over you! Think big!

When you take yourself into the possibilities of your life circumstance, picture it, see it, believe it, and if at any time, you hit a wall, tear it down and see what’s behind it. And then remember, there never was a wall to begin with. It was in the constructs of your own mind. The intellect is veiled between the truth and fear itself. 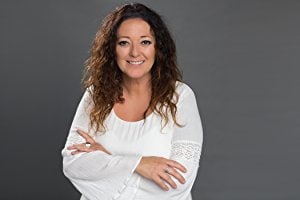 Morning Star Woman
D.L Richards, also known by her First Nation name- Morning Star Woman has produced a fantasy novel Luna of The Bastlings - (Journey to the Upper World), the first of the trilogy series. Her other works include, Hurricanes, Marriage and Coffee with Einstein, and Morningstar Revealed; A Two Volume Series of Poetry. Outside of her writing world, D.L. is a Licensed Massage and Bodywork Therapist, as well as a Certified Energy Healer in several modalities. Her literary influences range from Hugh Prather to Douglas Adams, and much of her work is based on her own spiritual experiences and knowledge from her First Nation and Welsh heritage. She is the mother to one beautiful daughter, a neurotic mini dachshund, and a grocery bag licking cat.

Latest posts by Morning Star Woman (see all)
← And then there are Angels... A More Graceful Way to Live →
← November 2018- Falling into Alignment Seeing It All Differently →