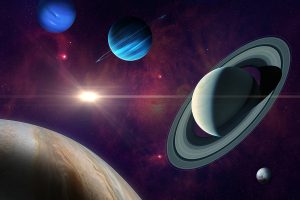 Uranus, the blue planet at the far reaches of our solar system, is known for its electrifying and magnetic appearance. Ruling the sign of Aquarius and the 11th house of astrology, it is a generational planet, spending seven years in a sign, and taking 84 years to complete a cycle around one’s natal chart. Because of this, we share the same sign with our generation.

Representing humanity and humanitarianism, it rules over astrology, groups, associations, networking, occult, railways, technology, underscoring movement, historical movements in time and flashes of insight which initiate different connections and means at accommodating or understanding energy with its expression. This is the house of friends, acquaintances, hopes, wishes and aspirations. You’ll learn what kind of friendships are good for you here, what your hopes and aspirations are and how you can achieve them. Considered “lucky” it will show you where you have a natural knack for something.

There are three “R’s” which represent the planet and will indicate where you will have the “Breakthrough”: Revelation, Revolution and Reformation. The Revelation takes the form of new ideas and flashes of inspiration. These usually appear quite suddenly and take on the quality of brilliance. Revolution, initiation of a new movement, form of behavior, and manner of expression, paves the way for understanding the cycles of life. Reformation considers a former way of thinking or experience to begin anew. This new model of association and grouping is then reinstated which affects your sense of self and work.

Assumed an erratic planet, it is more concerned with the innovative – ways of creating and reinventing that are simple and unique. This is best expressed through social activism and change, not rebellion – although you are asked to be spontaneous and take risks when possible. Many original thinkers have this planet prominent in their chart and establish new reformations that are far reaching, affecting the world.

Wherever Uranus is placed in your chart, signifies where you will have a “breakthrough.”  This might take the form of leaving an association or group to convene with another, considering how you can manifest a certain reality, to contemplation of time and the nature of it. Here you will be the Innovator and Revolutionary. You can create new inventions that are helpful to people, reinvent those that exist – especially in the domain of technology – reform ideas and establish movements, forge ground in making connections between others and see perspectives that reveal the unity between different belief systems.

Be sure to note the sign the planet is placed in with any aspects – however, as this is a generational planet, the sign will not be as important as the house. Planets in angles (1st, 4th, 7th, 10th) make a public appearance and are to be interpreted first. They indicate duties or responsibilities that must be borne personally or professionally, and which have a very real impact on how you are perceived and how you influence people. If the planet is at the ascendant, it will have more of an impact on you early in life. If descendent, then during your adult years. When at the top of the chart, you can succeed in out of the ordinary ways, while at the nadir or bottom of the chart your home life will be unusual.

Uranus can clue you in on where you will have the innovative and revolutionary experience through the 3 “R”s: Revelation, Revolution and Reformation. Here, you are empowered to work in support of people and groups whose mission is to strengthen the bonds of humanity. 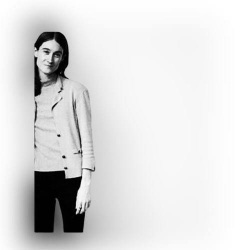 Selah Grenewood
Selah Grenewood is a teacher and writer from Florida. Her work has appeared in numerous publications including Positive Outlooks, New Spirit, Metapsychosis, The Write Place at the Right Time, Awakenings Review and the Edge. www.selahgrenewood.com