We Made it Through the Eclipse Season! 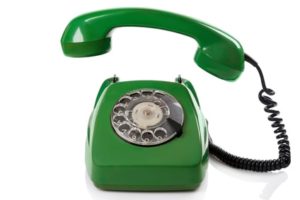 My phone has been ringing more in the last few weeks and from an astrological perspective, one might surmise that it’s because we have just been through a rare and tumultuous eclipse season!  But it is not only the eclipses that are shaking things up, it is because we have had several major planets slowing down to turn Retrograde or Direct in recent weeks.

What is a Retrograde?  A retrograding planet appears to be going backwards in the sky from the angle we see it.  It is much more involved than that, but that’s the simplest explanation for the purposes here.  In astrology when a planet is retrograde, it means that there are delays in the forward progress of what that planet rules and we need to go back and revisit, reexamine, reassess, (all the “re” words) that particular area of our life.  For example, in a Mercury Retrograde, we may have delays and therefore have to re-do travel plans,  or we suddenly have calls from old loves and have to revisit communication with them, communications in business slow down so we can reassess our business plans, and so on.  Retrogrades of the slower moving, outer planets (Saturn, Jupiter, Neptune, and Pluto) are even more significant in our lives. 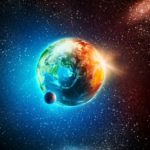 In April, we had a Lunar eclipse in the signs of Aries/Libra bringing attention to ourselves and our place within relationship to others.  This eclipse was accompanied by Uranus (rebellion and big change) in square to Pluto (loss of something in order to rebuild something better), which has been forcing us to make changes individually and as a society over the last 3 years or so.  If these planets were hitting key points or planets in your birth chart, you’ve been going through some major life changes.  Meanwhile, Saturn, the planet of our commitments, was retrograde as of March 14th, 2015.  Needless to say, many relationships felt the stress as we re-examined our commitments to our partners (or lack of them) in the light of this Lunar Eclipse.  The eclipse set the tone for the next few months, so we are still going through these energies in May.  Jupiter in Leo also went Direct in April, on the 8th and was in good aspect (trine) to Uranus, which means that the changes we may have made or are currently making in our relationships have the potential to be beneficial to our love life, identity, or children.  The changes don’t always happen on the exact day of the aspects, especially with retrograding planet transits.  As we approach a retrograde or leave it, we still can feel the effects of it in a big way!  So don’t get hung up on dates, but just realize that if your relationships (romantic or otherwise) underwent some major change during April, it probably was best for you, or those you love, in some way.

As we move into the Taurus energy this month, we can finally slow down and revel in life’s simple pleasures.

And if that wasn’t enough change for you, Pluto went Retrograde on April 16th!  Pluto, the more serious of planets, is in the sign of Capricorn and was slowing down to turn retrograde in the first few weeks of April.  Now that it is going retrograde through our charts, the house of your chart that it is traveling through will be where you need to revisit structures, business or career moves, or your past, or the commitments you have made (Capricorn themes).  If it is traveling through a health house, you might see changes in your skin, hair, teeth and bones (Capricorn) and possibly find healing with these issues.

In summary, Jupiter, Uranus, Pluto, and Saturn were all in difficult aspects and/or slowing down to turn retrograde or direct in the month of April.  Along with all the Aries energy associated with the personal planets last month, April was a tumultuous month!  As we move into the Taurus energy this month, we can finally slow down and revel in life’s simple pleasures.  Taurus asks us to slow down and rest this month, take care of our physical bodies, and indulge our senses.  No major planets will be turning retrograde or direct this month, although we will have a Mercury retrograde starting May 18th and Pluto retrograde will still be asking us to look at our past, careers, and life structures until Sept 24th, 2015.  However,  we can do it in a more relaxed way this month.  So take this time during May to recreate and recoup.  Slow down and really enjoy the Taurean pleasures such as food, sex, music, romance, and getting out in nature! Indulge your senses and rest up for the next wave of Gemini energy which will pick up the pace again in June.

Latest posts by Paula Sheldon (see all)
← Transformation is in the Stars! Consciously Shifting through Mercury Retrograde! →
← Making the Writing Clear Blinding Flash of the Obvious →