HomeConscious LivingWhat Are You Focused On?
Posted by: Ruth Cherry , May 29, 2017 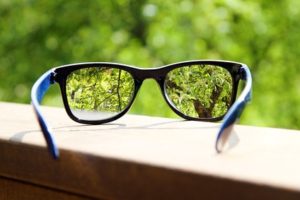 Two weeks ago I spoke with my client, bedridden for almost two years, about her mood swings. “Life wasn’t supposed to turn out this way,” she said. “I had other plans.” Most of us could say the same thing although we experience less severe restrictions.

These days her mind doesn’t program lists of errands. She can’t be “productive” in traditional ways. She receives instead of gives, not her preference. She has been thrust into an arena in which control on any level is irrelevant. Physical passivity dominates, irrespective of her wishes.

I wondered aloud with her about what she can do better now than she could when she was scurrying around; always busy, usually stressed. We concluded that now she is totally available for inspiration. When she moved from “doing” to “being,” she entered another arena altogether. She can be open and attentive to the seconds of her days in a clearer way than ever before. “But I’m not contributing!” she complained.

She meditates several times a time. Before she didn’t have time. Now all she has is time. She observes her inner world dynamics precisely. She recognizes her Controller thoughts pulling her attention away from her feelings. She notices “anxiety bumps” when her intellect clutches her throat and restricts her breathing. At those times she rests behind her Observer window and allows.

Some days, her memory carries her on a tour of her past. She looks gently on the mistakes she made and the expectations that weren’t met. “What was I thinking?” she laughs. “If I had known I’d be here, doing this,” and she looks around her bedroom, “I’d have enjoyed myself more.”

What she does now better than ever before is focus her attention. She wants healing so she focuses on healing. She is open to receive healing and to allow healing. She knows healing. Unrealistically, irrationally, she sees herself healed. She accepts healing; she celebrates her healing.

Today when I walked into her room she wasn’t in bed. She was standing beside her bed. “I want to give you a hug,” she announced. We hugged and tears came to my eyes.

She climbed into bed (with help) and told me about how she had walked into the living room this week and eaten dinner at the table. “Like a normal person,” she said. She added, “I’m getting stronger. I know my progress will continue.”

Her medical background as a nurse had impeded her expectations for recovering fully. She has seen so many folks not recover and felt, understandably, discouraged. But in her meditations, she released her old self-limiting thoughts and beliefs. She felt inspired to remember herself — whole, healthy, unlimited. And after much hesitation, she trusted her inspiration.

Inspiration pulled her deeply into her eternal center after she moved away from her intellect. As it does for us all. Whatever guidance we need lives in us this second. She illustrates that for the rest of us. That’s one way she contributes.

Ruth Cherry, PhD, is a clinical psychologist in private practice in San Luis Obispo, CA. Her specialty is the merging of psychological and spiritual dynamics. She is the author of Living in the Flow: Practicing Vibrational Alignment, Accepting Unconditional Love, Transformation Workbook and Open Your Heart. To learn more about Ruth visit www.RuthCherryPhD.com.

The Controller and the Hero

Balancing the Within The Controller part of us knows how things should be. She knows wha ...

Holding Onto the Wall

Its Safe to Let Go I remember when I learned to swim, the big pool was before me, yet I [&helli ...

The Bumble, Rudolph, and Yukon Cornelius   Here we are at the beginning of another ...