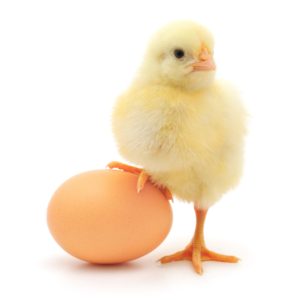 Which came first?  Was it the chicken? Or was it the egg? It’s a pretty common and very basic question. Yet, it’s one of those great inquiries that, though endlessly pondered, can never be concretely answered. Perhaps, it’s not the question that is unsolvable, but the approach.

What if everything in this place we call existence (including the chicken and the egg) was born of energy – an energy created by simply “thought”? Imagine that “thought” manifested its energy into vibration. And this vibration created a tangible substance called an atom. Once that atom was created, vibration created another and then another until you had an entire mass of connected atoms. This creation would be known as our entire enormous universe.

When you follow this line of thought down to the evolution of life on our planet, in the end, what you conclude is that we are all connected by virtue of a collective vibration. This vibration is a living, moving, energy that surrounds us all; the pulse of the universe.

For most, this is a very hard concept. When you continue to break it down, you cannot help but notice that, in the mix, comes the power of “thought” to propel vibration. And that vibration has the power to create an entire universe. If you conclude that vibrations created the universe, then you see that vibration, directed in all ways, can create the largest and smallest of environments.

If thought is all creating, then your thoughts are responsible for manifesting your vibrations and affecting (even creating) your environment. You are in charge! 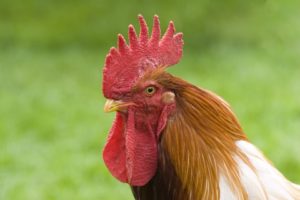 In 1859, Charles Darwin published The Origin of Species. This book was considered the foundation of evolutionary biology and is still the main reference for scientists today. His book offers the notion that hereditary factors are passed on from generation to generation controlling the traits of offspring. His influence was so great that scientists began to solely focus on identifying the hereditary connections and concluded it was the key to what controlled life. The discovery of DNA supported Darwin’s findings. Deoxyribonucleic Acid is defined as the nucleic acid that contains our genetic code. This code is the blueprint of our genetic makeup and the key to information about our health, why we look the way we do, and what illnesses to which we are predisposed…. Or, so we thought.

Years after Darwin’s famous treatise, the Humane Genome Project set out to catalog all of the genes present in the human body. From the very onset, it was the project’s goal to create a blueprint of each of the 100,000+ different proteins and at least 20,000 regulatory genes in the human body. In the end, it was anticipated that there would be a minimum of 120,000 genes located in the twenty-three pairs of human chromosomes. It was their intent to establish a sound and foundational understanding of our genetic code.

However what they found, once they started down the rabbit hole, was completely unexpected. After starting this enormous endeavor they discovered that more than eighty percent of our presumed DNA simply does not exist.

It became clear that our complex make up as living beings does not come from our genes. If over half of what we are made up of is not part of our basic foundation where, then, does it come from?

How are we influenced?

What causes or takes away health?

How is it that some people are riddle with disease and others are not. What makes some people eternally positive while others are chronically negative? The only possibility left, if its not genetics, is environment.

Could environment fill the 80% gap found in our DNA? We have all heard the phrase a product of the environment. In fact, one’s environment is blamed for many things. Courts are filled with young offenders charged with a heinous crime. In their defense, the attorney claims this individual grew up in an environment of violence and poverty; there is no way you could have expected anything else. They are a product of their environment.

If existence started out as thought and thought manifested vibration, which created everything that “is”, then it seems obvious that thought equals form, including your environment and even the very DNA that creates your body and your experience. With this in mind, shouldn’t one be more mindful of one’s thoughts?

In the end what goes on in “thought” ends up in vibration, which creates your form. You take that form and create an environment to live your life in. This life creates experiences that then change your thoughts, alter

So, in the end, it really is “the chicken or the egg”.

What is the truth?

No matter how you crack the egg you are creating and that act of creation is vibrational energy. This energy is your personal process of choice that ultimately creates your environment and influences your form. When all is said and done, you are neither in the process of being a chicken nor an egg, but somewhere in between.

There will never be a time that you are not growing or changing your vibrational energy from one to the other. That is the whole point of the process. You are navigating the in-between; the place where all of these things combine. Where vibrational energy morphs and becomes a mixture of chicken and egg; environment and form.

Anna Beller
Anna Beller is a mother of 9 and has lived on a dairy farm for most of her life. In her spare time she studies philosophy, and alternative medicine. She writes about her studies of human and animal behaviors with regards to their environment. She is a big believer in Quantum Possibility and our abilities to live a Conscious and Shifting life

Latest posts by Anna Beller (see all)
← How to ring in your life resolutions this year Say Goodbye to Someday →
← June 2013- Conscious Shift has Shifted What is Qi Gong and Tai Chi? →